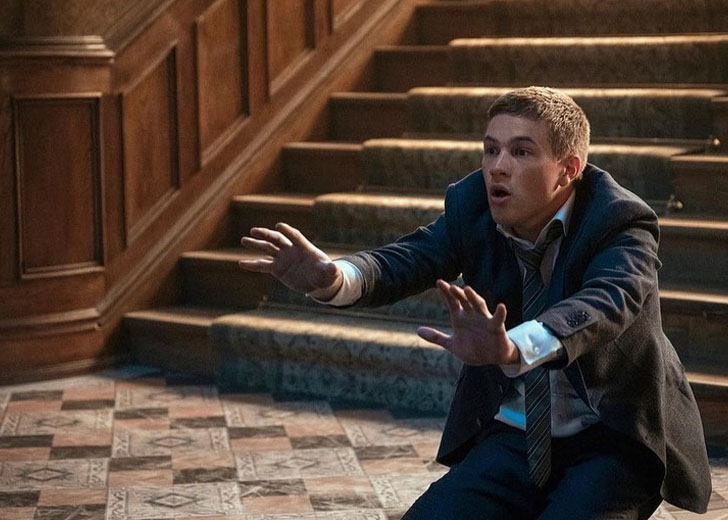 Are the talks true? Find out everything!

Fans of the Netflix Fantasy/Drama show Locke & Key have been eager to know if actor Connor Jessup will be reprising his role in the third season. And, if not, will it mark the end of his character Tyler Locke?

In the season two finale, we saw that Tyler heads up to Boston for further studies. In addition, it was established that he would turn 18 soon, resulting in him losing the ability to remember the magic and the magical keys.

This has led fans to wonder if Tyler’s character arc has ended. So, is Connor Jessup leaving Locke & Key? But, before going into that, let’s rewind, in brief, what has happened to the character of Tyler Locke in the first two seasons of the Netflix show.

In the first season, the viewers saw Tyler and his family – his mother, younger sister, and younger brother – move out from Seattle to their family house in Matheson, Massachusetts. They did so after Tyler’s father was killed.

In their family house, the three siblings start to find magical keys capable of doing wonders. As for Tyler, he initially finds himself reluctant to use magic and is the wariest. But, his younger siblings seem to be quite fascinated and use the keys freely.

Fast forward to season two, Tyler’s views on using magical keys start to change. Speaking with Decider, actor Connor Jessup said, “In Season 2, he’s had a total about-face. He’s now on board. He’s using these keys for fun. He is a believer.”

As the story moves out in season two, Tyler learns that his girlfriend Jackie – played by Genevieve Kang – is turning 18. And as said earlier, when a person turns 18, they will not remember anything related to magic unless they use a Memory Key.

He ultimately finds the Memory Key; however, Jackie refuses to use it. But, despite her refusal, he insists on using the key. “She thinks it’s okay to move on, that that’s part of growing up, and he just doesn’t get that,” Jessup says about it.

The showrunners of Netflix’s Locke & Key also deemed this storyline perfect for the character of Tyler, as Tyler himself is about to turn 18.

“What are the consequences of growing up? And Tyler is the character most poised for that story to play out in a poignant way because he’s just about to turn 18. His girlfriend is about to turn 18. The magic is something that is only experienced by kids,” said co-showrunner Carlton Cuse.

Cuse continued, “It was something that organically was just right there for us. And we love Connor as an actor, and we wanted to really give him, we really wanted to explore some of those thematics through his character and his relationships.”

Coming back to Tyler’s storyline in season two, things get very dark when Jackie gets infected by the Demon Key. It led a parasitic entity/demon to attach itself to Jackie’s spine and make her loyal to the show’s Season 2 antagonist, Gabe – played by Griffin Gluck.

In the hope of saving her, Tyler forges the Alpha Key. However, when he used that key on Jackie, it only worked to some extent. The point was when the demon takes over a host; it kills the host. And when the demon gets removed, the hosts get freed for a while before they ultimately die.

The same thing happened with Jackie when Tyler used the Alpha Key on her — she died — which shatters Tyler. Reflecting on that death, Jessup said, “He loses her, and he has this enormous wound and this enormous pain that enters his life, which in a way is similar to the pain of losing his dad.”

“It’s like it’s a new wound, but it’s also a reopening of an older, emotional wound, and… At that moment, he can’t live with that, and that he can’t bear the thought of that weighing on him forever,” Jessup added.

In the season finale of Locke & Key season two, Tyler and his siblings finally beat Gabe, after which Tyler hands over all of the magical keys he had on himself to his sister Kinsey – played by Emilia Jones – and heads over to Boston.

At the ending moment, Tyler’s younger brother Bode, played by Jackson Robert Scott, points out that he will soon be turning 18, and by the time he returns, he will have already forgotten magic.

Although some fans might believe that the storyline of Jessup’s Tyler might have ended after the season two finale, there is still more of Tyler to see in the upcoming third season of Locke & Key.

In the above-mentioned interview with Decider, Jessup said, “He frames it to himself in terms of growing up and in terms of letting things go. Whether that’s true or not, that’s the question for the next season, but I think that’s what he tells himself.”

He then confirmed his appearance as Tyler in season 3. He said, “I don’t think when he leaves at the end of Season 2 that his story is over. To me, it felt like a new chapter, but it didn’t feel like a resolution. So, there’s still more for Tyler.”

Additionally, fans must be excited to learn that Locke & Key season three’s filming already ended in September 2021. Jessup had shared the news via his Instagram handle with a lengthy caption. Actress Emilia Jones, who plays Tyler’s sister Kinsey, also announced the news.

That ensures that Jessup filmed for Locke & Key season 3. Furthermore, Netflix or the showrunners haven’t announced the departure of Jessup. So, it’s safe to assume that Jessup will return as Tyler. As of now, there have been no updates on the trailer.

‘Locke & Key’ season 3 will mark the end of the show

However, on Wednesday, April 6, 2022, the official Instagram handle of Locke & Key shared some pictures as the first look at the new season. It also revealed that the third season would release later this year.

In the last picture of the same Instagram post, Locke & Key’s showrunners and executive producers Carlton Cure and Meredith Averill wrote, “Once we began working on the series, we felt three seasons was the ideal length to bring the story of the Locke family….”

“…and their Keyhouse adventures to a satisfying conclusion. As storytellers, we are grateful that we had the opportunity to tell our vision of Joe Hill and Gabriel Rodriguez’s incredible story exactly the way we wanted.”

“We’re keeping the magical keys, though, for our own personal use,” the statement concluded.