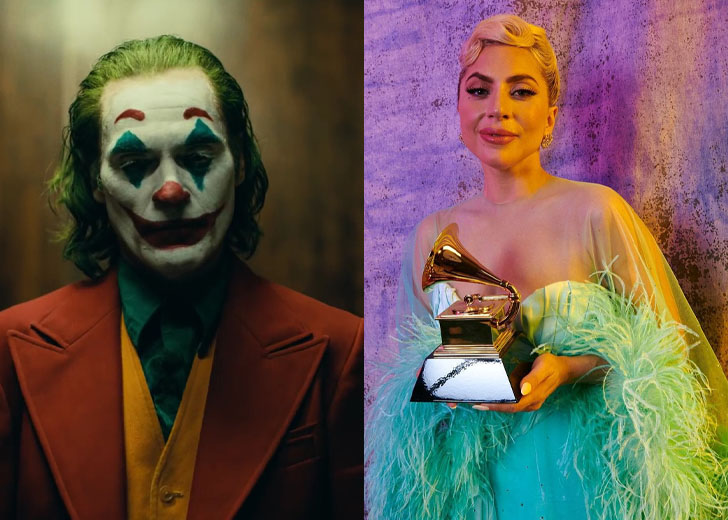 Lady Gaga will reportedly play the role of Harley Quinn.

Lady Gaga might just be the new Harley Quinn to Joaquin Phoenix’s Joker.

The American singer-songwriter, who won her 13th Grammy Award at the 64th Annual Grammy Awards, is reportedly set to join the cast of Joker 2 with Joaquin Phoenix in the title role.

The news of Gaga’s reported casting was first revealed by the Instagram handle of the gossip site Deuxmoi. So, the big question is:

Is Lady Gaga in the sequel of ‘Joker’?

They had shared a screenshot of an anonymous tip they received in their submission forms. The subject was written as “Casting news,” and the message mentioned that Phoenix had expressed his desire to cast Rooney Mara as the female lead in Joker 2.

Mara is a notable American actress who has impressed audiences via her performances in Tanner Hall, The Social Network, The Girl with the Dragon Tattoo, Side Effects, Her, A Ghost Story, and Nightmare Alley.

Her works have led her to two nominations for Academy Awards and Golden Globe Awards, respectively, among other accolades. Additionally, she is Phoenix’s girlfriend turned fiance and shares a son, River, with him – born in late September 2020.

Mara’s incredible professional success and relationship with Phoenix might have led the actor to ask the casting directors to cast his fiance in the Joker sequel.

However, as Deuxmoi’s tip states, the casting directors have reportedly opted for Gaga. As of now, there has been no confirmation of the news.

There is also little to no information on what role Gaga will play – if she has been cast – but considering she has reportedly been cast as the female lead, opposite to Phoenix’s Joker, many have guessed she will portray the role of Harley Quinn.

After Deuxmoi shared the yet-to-be-confirmed casting news of Gaga in the Joker sequel, fans of the singer were very much delighted. Several went to Twitter and expressed their views about it.

One fan wrote, “Ok wait Lady Gaga as the female lead in Joker 2 potentially…. That’s an idea I’m very much into.”

“The year is 2026. I am seated for Joker 2. Lady Gaga has given the greatest performance of our lifetime as Harley Quinn. Light eminates from my body. I ascend above the theater. We have reached peak cinema,” another user daydreamed.

Furthermore, film journalist Darren Mooney also wrote a piece on Twitter after learning about the news. He wrote, “I suspect that if Lady Gaga is cast in ‘Joker 2,’ the most ‘interesting’ thing about that movie is going to be the ‘method acting’ discourse about a female lead in a blockbuster.”

Similarly, there were also some discussions on a Reddit thread about Gaga’s reported casting in the Joker 2 movie. One of the fans mentioned that Deuxmoi’s news should always be taken with a grain of salt.

“This Joker just loves to dance so it makes sense to cast a great singer opposite him. Maybe it’ll be a musical? We live in a post-Hamilton society,” another Redditor wrote humorously.

However, as we said earlier, nothing about Gaga’s casting has been confirmed. So until that happens, let’s not get our hopes up.

With the news of Gaga’s reported casting in the DC franchise, some might wonder if Warner Bros. has confirmed the sequel to 2019’s standalone Joker movie.

But, much to fans’ disappointment, Joker 2 hasn’t been officially renewed for a sequel. Nonetheless, several insiders have reported that the production has been moving forward, and the filming might start from 2023 onwards.

Additionally, Heroic Hollywood reported that they were tipped off by an insider who told them Warner Bros. has “officially received the first draft of its script and the film will begin shooting sometime in 2023.”

The same outlet also mentioned that The Hollywood Reporter had reported in November 2019 that Joker 2 was officially in the works at Warner Brothers. Phoenix and director Todd Phillips were returning to their respective jobs.

Following Phoenix’s iconic portrayal of The Joker in 2019, for which he won an Academy Award, the character has only shown up a few times. The first was at the end of Zack Snyder’s Justice League, in which actor Jared Leto reprised his role of The Joker.

The second and last time was in Robert Pattinson’s version of The Batman movie, in which actor Barry Keoghan portrayed The Joker.

Keoghan’s version of The Joker only made a cameo appearance in the movie itself, but a full-length deleted scene involving his Joker and Pattinson’s Batman was released later.