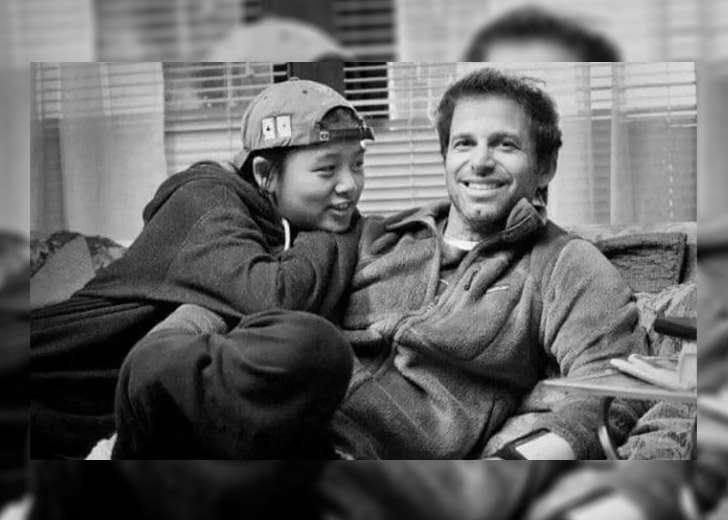 If you have watched the much-awaited Zack Snyder’s Justice League, then you must have seen the words “For Autumn” just before the credits roll out and Allison Crowe’s cover of Hallelujah plays.

The words “For Autumn” here reference the movie’s director, Zack Snyder’s late daughter, Autumn Snyder, who shockingly passed away back in early 2017.

Autumn was the adoptive daughter of Zack and his ex-wife, Denise Weber, whom the couple had adopted when she was only over a year old. When Zack and Weber parted ways, she was raised by the director and his now-wife Deborah Synder.

Here is a detailed look into Autumn Snyder’s life and how her death affected her adoptive father!

Who Was Autumn Snyder?

Autumn was born in 1996 and celebrated her birthday on November 27 every year. She was born in China and her zodiac sign was Sagittarius.

The details of her biological parents are yet to be disclosed. It’s also not clear if she ever met her real parents after being adopted by the American director and his ex-wife.

Coming to her life with the Snyder family, she was raised by the director alongside his seven other children (biological + adopted) in Pasadena, California.

As Zack was invested in writing and directing, Autumn was also heavily influenced by it. Among all of his children, she was the main one who shared the passion for his works. She used to write stories and update her diary.

Following her father’s footsteps, she had even joined Sarah Lawrence College, to sharpen her skills in those fields. Sadly, just one year before her graduation, she committed suicide.

Autumn Snyder Was Battling with Depression

For a long time, Autumn was battling depression and was put on medication. She also used to attend therapy sessions, however, none of that was working as she find it hard to get off that condition.

As Zack told Vanity Fair in February 2021, Autumn always used to wonder about her worth. “‘What is my worth? What am I supposed to do? What am I about?’,” he further quoted his late daughter’s line.

In reply to those questions, the Wonder Woman producer always responded well and assured her that her life had incalculable worth. He said, “The conversation was like, ‘Of course you’re amazing! What do you mean your worth? You’re worth more than anything in the world!’ And she would just be like, ‘…yeah.’”

Despite his best assurance, Autumn was still struggling. She used to write pieces of her struggle, vent her pain, and find relief through words — she had written a Si-Fi fantasy novel in first person about an outsider character struggling to fit in.

Zack described, “Her main characters are always in this battle with things from another dimension that no one can see. And that war was happening to her every day. I think so many people are in that battle, and they smile and nod at you.”

Following years of battle with depression, she ultimately gave it up on March 12, 2017, and committed suicide. Her tragic passing shocked the whole Snyder family and it was a very hard pill to swallow.

After Autumn’s death, people began to spread more awareness about depression and suicide prevention. There was also fundraising organized by Zack’s fans where they collected more than half a million dollars and donated it to the American Foundation for Suicide Prevention.

In May 2017, the director told The Hollywood Reporter that his family was planning to publish the manuscript of Autumn’s Si-Fi fantasy novel someday and they will donate all the proceeds to charity.

In addition, he said, “In the end, she didn’t make it, but her character does, and I think there would be something cathartic for people.”

Talking more of his late daughter’s writing, Zack recalled that she used to quote one of Chuck Palahniuk’s lines in everything she wrote. He quoted the line, “We all die. The goal isn’t to live forever, the goal is to create something that will.”

In the end, he stated, “Maybe this helps.”

The Effect of Autumn’s Death on Zack Snyder

In the beginning, he only took two months off work. However, such little period wasn’t enough to heal the pain caused by the death of one of his beloved children. So, he took the decision to officially step aside from the movie and handed over his duties to Joss Whedon.

As Zack told The Hollywood Reporter, “The demands of this job are pretty intense. It is all-consuming. And in the last two months, I’ve come to the realization… I’ve decided to step back from the movie to be with my family, be with my kids, who really need me. They are all having a hard time. I’m having a hard time.”

After he stepped off the movie, Whedon followed the demands of Warner Bros., which Zack hadn’t, and did some extensive rewrites and reshoots which completely differed from what Zack had in mind.

When the movie was released, it received a huge backlash from the critics and the DC Universe fans which resulted in the start of the trend, #ReleaseTheSnyderCut.

While all of that was happening, Zack, on the other hand, was healing from the loss of Autumn and hadn’t signed with any other acting projects, either as a director or producer, or writer.

Finally, Warner Bros. listened to the voices of their fans and called Zack to give his plan and vision to the movie, giving him all the creative freedom. The movie was called Zack Snyder’s Justice League, set to release in 2021, and it marked his first movie since 2017.

Using his late daughter as an inspiration, he worked hard on the movie and when it got released, fans were amazed to see how Zack had fully remodeled the movie.

“At the end of the movie, it says ‘For Autumn.’ Without her, this absolutely would not have happened,” Zack said in one of his interviews.