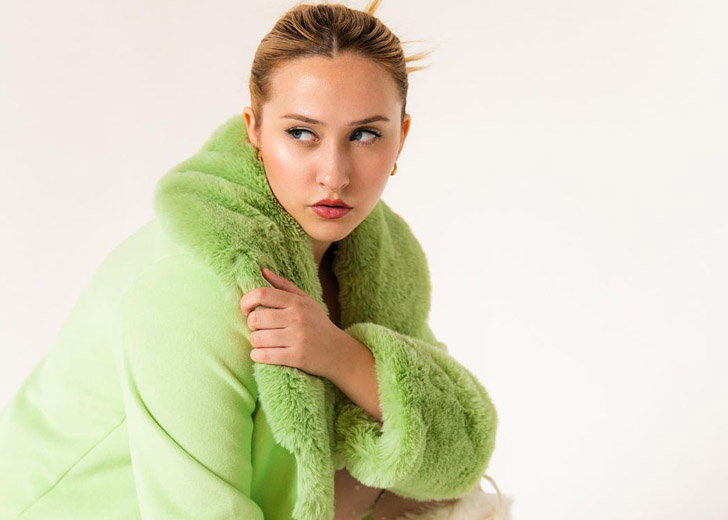 Brooklynne Webb is a social media personality who has taken the internet by storm in recent times. She is a well-known TikTok star who has gained over 10.1 million followers on her xobrooklynne TikTok handle.

Her fame on TikTok has also affected her following on Instagram, where she boasts over 505,000 followers.

Apart from being an internet personality, she is a singer too, who has already worked with the American singer BeBe Rexha. On December 8, 2021, she released her debut single titled ‘My Crown’ which has already garnered over 450,000 views, as of this writing.

Furthermore, she is an aspiring model who has a dream of reaching other areas of the entertainment industry, including modeling.

How Old Is Brooklynne Webb?

The TikTok star is 17 years of age as of this writing. She celebrates her birthday on the 31st of March every year.

Webb was born in the year 2004. She spent most of her childhood days in the suburbs of Vancouver, British Columbia, Canada. As per her date of birth, her zodiac sign is Aries.

Webb, who likes to cosplay as a Disney princess, is very private about her family life and hasn’t shared many details on that topic. Due to that, the identity of her parents remains unknown as of now.

Nonetheless, reports suggest that she is not the only child of her parents. She has two siblings and both of them are brothers. Their names are Caleb and Hayden. Like her parents, she hasn’t shed much detail on her siblings too.

Brooklynne Webb Is Positive about Her Body

Webb, who reportedly stands at a height of 5 feet 6 inches or 1.68 meters, is very positive about her body.

Despite some of her haters body-shaming her on social media comments, she proudly flaunts pictures in which her full body is shown — she reportedly weighs around 55 kg or 121.25 lbs.

She could also be seen encouraging her followers to self-love and be confident. For instance, on August 20, 2021, she shared a picture in which she was proudly flaunting her body. In the caption, she mentioned how the question “How are you so confident?” has been something she “struggled to fully answer for a while.”

Continuing her caption, she wrote, “The biggest thing I realized is that I am so confident on the outside because I know exactly who I am on the inside!! I love who I am inside which has translated into how I carry myself & being so comfortable with being vulnerable online + my day to day life :).”

“I hope everyone reading this post is taking care of themselves & working to be happy with who they are,” she concluded her caption.

Recently, on November 4, 2021, she made another post via Instagram where she talked about self-love and confidence. One of the lines of her long caption was, “you are worthy of love & respect just the way you are.”

Is Brooklynne Webb Dating a Boyfriend?

The Canadian social media influencer is possibly single and isn’t dating a boyfriend as of this writing.

She is yet to give out anything that might hint that she is in a relationship. Similarly, her Instagram gallery only consists of pictures of herself, and she is yet to feature someone who can be regarded as her partner.

It seems like Webb is presently giving most of her focus towards building a successful career and achieving her dream of becoming a model rather than in her love life.