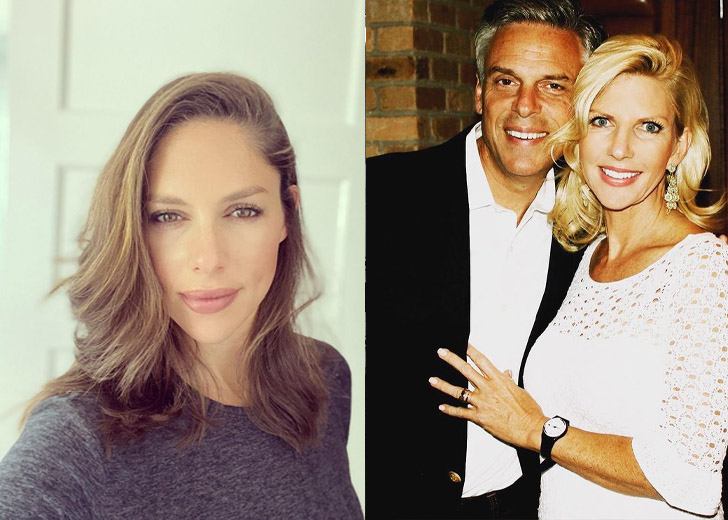 Abigail Haight Huntsman, commonly known as Abby Huntsman, is a familiar name in the media industry. The famed journalist and television personality is best known as the co-host of Fox & Friends Weekend and ABC talk show The View.

She has also worked as a host on MSNBC and NBC News and served as a general assignment reporter for Fox News Channel.

The 35-year-old journalist shares a close bond with her parents and is often seen supporting them, especially her father.

In July 2020, when her dad Jon suffered a narrow primary election loss, she took to her Instagram to share her love and support for him. She said her family will “sail off into this next chapter more resilient” and “more thankful.”

“…being his daughter is by far the greatest gift of all. Love this man with all of my heart…” she added.

According to The New York Times, Jon came in second in the Republican race to be Utah’s governor. However, he came up short behind Lt. Gov. Spencer Cox by less than 10,000 votes — or less than two percentage points.

Like her father, Huntsman’s mother was also an American activist and philanthropist who used to work for the prosperity of society and the nation.

In addition to her parents, her grandparents have also made significant contributions to society – and made the family proud.

Huntsman’s grandfather, Jon Huntsman Sr., was one of the most legendary business personalities in America. He served as an executive chairman and the founder of Huntsman Corporation.

He was also one of the first billionaires to sign The Giving Pledge, agreeing to donate half of his wealth to good causes.

Huntsman Sr. sadly passed away at the age of 80 on February 2, 2018, leaving behind the unparalleled legacy of goods from where generations got benefited.

Coming to her siblings, she is blessed with five of them. She has three sisters and two brothers, with two of her sisters reportedly adopted by her parents during their visit to China and India.

Huntsman, who was born and raised in the USA, holds an American nationality.

Speaking of her ethnicity, she is White, and her roots are reportedly English, some Scottish, 1/16th Norwegian, 1/16th Swedish, 1/32 Danish, distant Swiss-German, and Dutch, remote French Huguenot.