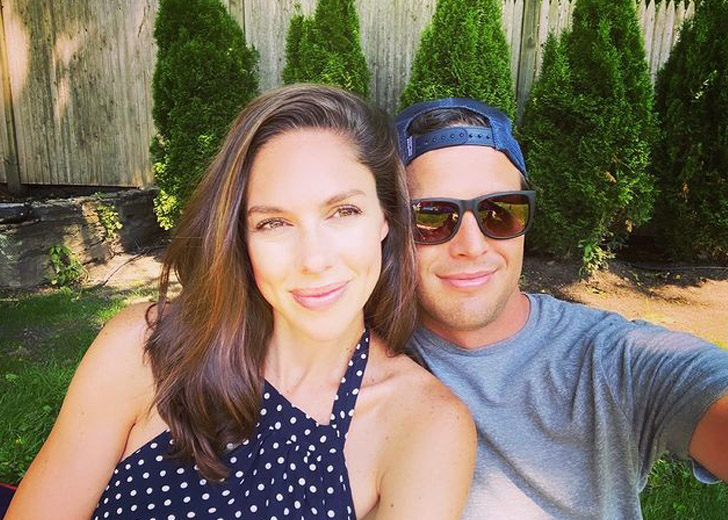 Abby Huntsman has reached great heights through her skills as a journalist and television personality. Presently, she has worked with several reputed news channels in the United States.

Coming over to her personal life, it can also be regarded as successful as her professional life. She now has been married to her husband Jeffrey Bruce Livingston for over a decade.

The now-married couple first met each other in the mid-2000s when both of them were studying at the University of Pennsylvania.

Their friendship eventually turned into love and they began dating each other. Their romance continued even after they completed their studies in 2008. Two years after they graduated, both of them decided it was time to settle down.

On August 27, 2010, Huntsman and Livingston walked down the aisle and shared the wedding vows. The ceremony was held at the Washington National Cathedral and was witnessed by several close friends and family members.

Huntsman regularly shares pictures alongside her husband, whether it be on a normal occasion or on special occasions such as New Year, birthdays, couple vacations, and many more.

For instance, on October 22, 2020, she posted a cute snap with her husband which was captured when the duo was on a beach. She used a red heart emoji to caption her post.

More recently, on the occasion of their 11th wedding anniversary, she took to her Instagram handle to share an old picture alongside her partner. In her caption, she first wrote, “11 years today…and we’re right where we always dreamed and hoped we’d be…”

Later, she concluded with a heartfelt line as she wrote, “Life is so fragile and uncertain..celebrate moments big and small, and live everyday. Love you always and forever @jefflivingston8.”

Who Is Abby Huntsman’s Husband?

Huntsman’s beau, Livingston, is an American investor who has been serving as an investor for a company named Integrum Holdings LP since 2021.

Before that, he worked as a consultant for McKinsey & Company’s Greater New York City Area from 2008 to 2010. In 2010, he was promoted to look over the same company’s business in China.

He left the job in 2012 and started working for the private equity firm named KKR & Co. Inc. He served for the company for 8 long years and left the position in 2020.

Speaking of his other details, he was born on January 4, 1985, in Dunedin, Florida. His father’s name is Bruce V. Livingston and his mother’s name is Deidre Sharp Livingston.

Both of his parents are involved in the business sector and are the owners/operators of a Clearwater, Florida-based company named Boyd Industries. The company mainly deals with the manufacturing and selling of dental equipment.

As for his education, he studied Finance and Management from the University of Pennsylvania’s Wharton School and graduated with a degree in Bachelor of Science (B.S.).

Huntsman and Livingston Are Blessed with Three Kids

The married couple of over a decade is the parents to three children; two sons and a daughter.

Huntsman and Livingston were first blessed with a daughter named Isabel Grace on November 29, 2017. Just 13 months later, in January 2019, the TV personality announced via People that she is pregnant with twins.

While recalling the moment when her husband found out the news, she mentioned, “When the doctor told us [it was twins], my husband fainted, which was just classic.”

“I think he saw two sacs in there and I could see it on his face. He turned white, and then when the doctor told us, he fell. Another doctor had to come in, and they were wiping him down with towels and giving him sugar,” she further added.

Continuing more of her story, she funnily said, “I was sitting there with my feet still in the straps. I’m like, ‘This is ridiculous. I’m the one that has to physically do this.’”

On June 6, 2019, the duo welcomed twins, a son and a daughter, into their family. They were named William Jeffrey and Ruby Kate.

Since the birth of their children, the happiness in the couple’s marital life has tripled. Presently, they are doing well parenting their kids whilst living in Greenwich, Connecticut.