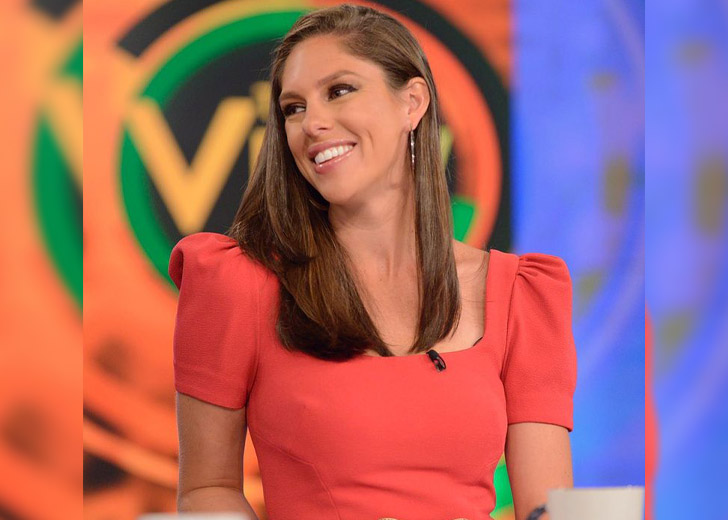 Journalist and television personality Abby Huntsman was born into fame as the daughter of former Utah Governor Jon Huntsman Jr. and his wife, Mary Kaye Huntsman.

However, she wasn’t the one to enjoy in others’ limelight, which led her to make a name for herself. At the bare age of 16, she booked a job as a booker at ABC’s Good Morning America.

However, she wasn’t much impressed by the job, so much so that she even thought of giving up on a career in television forever. But, all of that changed when she began working as an intern for Diane Sawyer whilst studying at the University of Pennsylvania.

In August 2012, she started serving as the host and producer for HuffPost Live, an online streaming network of the Huffington Post. She worked there for a year and left in the August of 2013.

While she was working there, she was also working as a media advisor and surrogate on her father’s 2012 presidential campaign. Her work there was inspiring, and she was also named to Forbes’ “30 Under 30” in media.

Around the same time Huntsman left HuffPost Live, she was hired by MSNBC as a host for its show called, The Cycle. She served there till September 2015 for over two years.

A month later, in October 2015, she joined Fox News Channel as an anchor/host of Fox & Friends Weekend. Additionally, she occasionally used to fill in on other Fox programs such as Fox & Friends and America’s Newsroom.

When she left the job in September 2018, she joined ABC News and served as the co-host of the popular program, The View. Her tenure in the show helped in increasing her popularity even more. Besides, she even received a Daytime Emmy Award nomination in 2019.

In January 2020, Huntsman announced that she will be leaving her position to help her father in the 2020 Utah gubernatorial election campaign as his senior advisor. Her final appearance in The View came on January 17.

Speaking of what she does now, her LinkedIn profile mentions that she has been working as a host for Dear Media’s I Wish Somebody Told Me podcast since November 2021.

How Much Is Abby Huntsman’s Net Worth?

Going by the above-mentioned details, Huntsman has truly made a name for herself as a journalist and TV personality. It’s also for sure that she was paid well by her former employers and has been earning well now too.

Considering all of that, she must have accumulated decent net worth. Well, as per Celebrity Net Worth, the Philadelphia, Pennsylvania native has an estimated net worth of around $20 million.