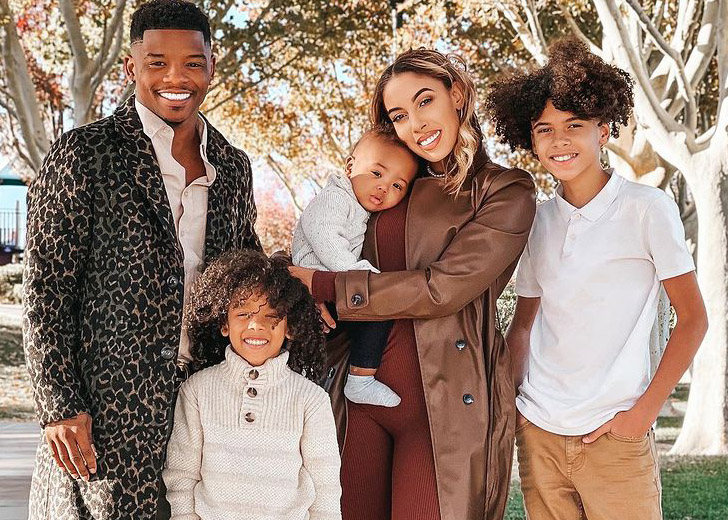 Braylon Hall is an internet personality who has garnered the limelight as the son of the well-known TikTok star Brooke Ashley Hall.

Apart from being a TikTok star, his mother is also a YouTuber who runs The Beverly Halls YouTube channel, which has over 2.6 million subscribers and 2.6 billion views.

How Old Is Braylon Hall?

Braylon Hall is 12 years of age as of this writing. He celebrates his birthday on the 23rd of August every year.

On this year’s August 23rd, he turned 12. On his special occasion, his mother had organized a small birthday party in which his family and some close friends were only invited.

His mother took to her Instagram handle to share some glimpses of that day and wrote, “Happy Birthday Braylon! Can’t believe my baby is 12! Thank you everyone who came out to celebrate with us in person and online!”

Hall was born in the year 2009 and spent a little part of his childhood in Warren, Ohio. As per his date of birth, his zodiac sign is Virgo.

Braylon Hall Is Being Raised by His Mother and Step-Father

As mentioned earlier, Hall’s mother’s name is Brooke Ashley Hall. Not much is known about his biological father, as Brooke has kept those details upto herself only.

However, given that Braylon’s birth name is Braylon Rogers, his biological father’s last name might be Rogers too.

As of now, his biological parents are already separated. Following his parents’ split, his mother married a boxer named Marco Hall. He presently lives with his mother and step-dad in Las Vegas, Nevada.

Additionally, he has two half siblings, from his mother’s present relationship with Marco. They are named Mar’Cannon and Caedon.

Although Braylon isn’t Marco’s biological child, he treats him as his own and there is no difference in his love and care for him and his two children.

The family’s love and care for each other could also be seen through Brooke’s YouTube channel, where she often features her husband and kids.

For instance, on December 2, 2021, she uploaded a family video with the title “WE TOOK OUR BOYS TO THE WORLD’S LARGEST CHRISTMAS MAZE.”

Going by all of that, it looks like the family of five has been relishing every moment together and it only seems to grow more and more.

Even though his mother as well as his step-father has a healthy following on social media handles, they have decided to keep their 12-year-old son off all of the platforms, at least for now.

Braylon is presently not available on any social media platforms. And, considering his age, it only seems fair that his parents have decided to not let him use them.

Nonetheless, when he grows up and starts to make his own decisions, he might use them. For now, if anyone wants to see pictures or videos of him, then they can check his parents’ social media handles or his mother’s YouTube channel.