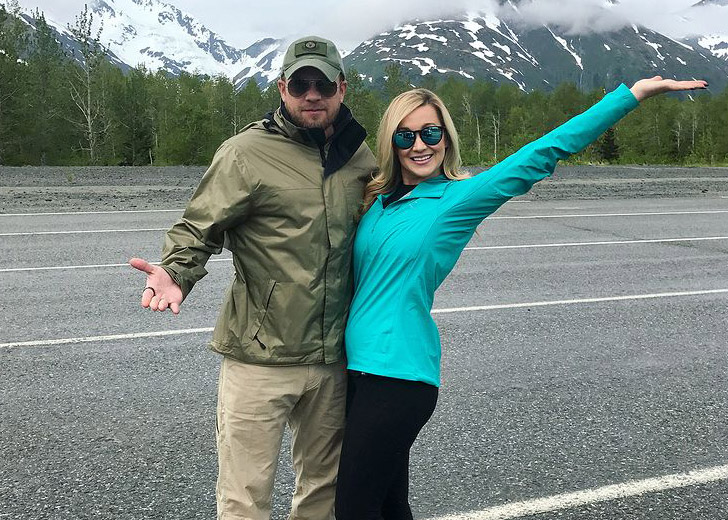 The couple who had eloped after their engagement on June 15, 2010, shared the wedding vows in a secret ceremony on a private island in the Caribbean on January 1, 2011. Only a limited number of people were invited to the ceremony.

Now, they are about to celebrate their 11th wedding anniversary on the first day of the next year. But, in their decade-long marital relationship, are they blessed with children? Find out!

Does Kellie Pickler Have Kids?

Although Pickler and her husband have been married for more than a decade, they are yet to become a parent and expand their family.

Due to that reason, the duo is often asked by journalists or other people why they haven’t thought of having kids. The same question was asked to the American Idol alum by US Weekly, in May 2019, when she was on the sets of Hallmark Channel’s Home & Family.

In reply to that question, Pickler said that she and Jacobs aren’t ready to be a parent yet. Nonetheless, she did imply that they were dog parents. “We have two little small puppies,” she told the outlet.

The same question was asked a year later, in August 2020, by the same outlet. She was asked if she was ready to have kids now that she had free time off works due to the pandemic and quarantine period.

To answer that question, she mentioned, “I love being Aunt Kellie and that is perfect for me.” Additionally, she also made a joke when she said that she needed “another drink” to contemplate about expanding her family and asked “if the coronavirus baby boom is “really a thing.”

Going by Pickler’s thoughts, it seems like her position on not having a baby yet still stands and it might take some more time before the family of two gets expanded.

Though she might not have a biological child yet, the country singer did express her desire to adopt one while talking about her marriage with Perez Hilton, back in May 2013.

During that conversation, she first mentioned that she is open to having a child of her own when the time is right, sometime in the near future. Right after that, she said that she also liked the idea of adoption and wanted to adopt whether she was married or not.

Talking more on the adoption topic, she added that she felt it would be a great opportunity to take someone else [a child here] “under your wing” and take care of them.

A Brief Look Into Pickler and Jacobs’s Marital Relationship

Before she got married to her present husband, Pickler was in a few dating relationships, including one with Jordin Tootoo, an ice hockey player, in 2007.

Pickler met her Jacobs following her split with Tootoo in 2008 and it was love at first sight. They began dating each other, and as their togetherness continued, Pickler’s whole perception of marriage changed.

In the above-mentioned conversation with Hilton, she expressed that before meeting Jacobs she was the kind of person who never believed in marriages. Besides, she had even thought of not getting married.

She further added, “You know it always ends with divorce. I just had such a negative outlook into it.”

But, all of that changed when she met Jacobs and formed a romantic relationship with him. After two years of dating, on June 15, 2010, Jacobs went down on one knee and popped the question, while they were on a Florida beach.

She said yes and they got engaged. As per People, after the engagement, they eloped and shared the wedding vows less than a year later, on January 1, 2011, in a “small, intimate ceremony on a private island in the Caribbean.”

Some day after getting married, Pickler made a tweet about her wedding, writing, “Private Island. Caribbean. Cigar in one hand, Rum in the other. Someone just called me “Mrs. Jacobs.”….sounds nice :)”

Since their marriage, the couple has been relishing their days with each other, just as they used to when they were dating.