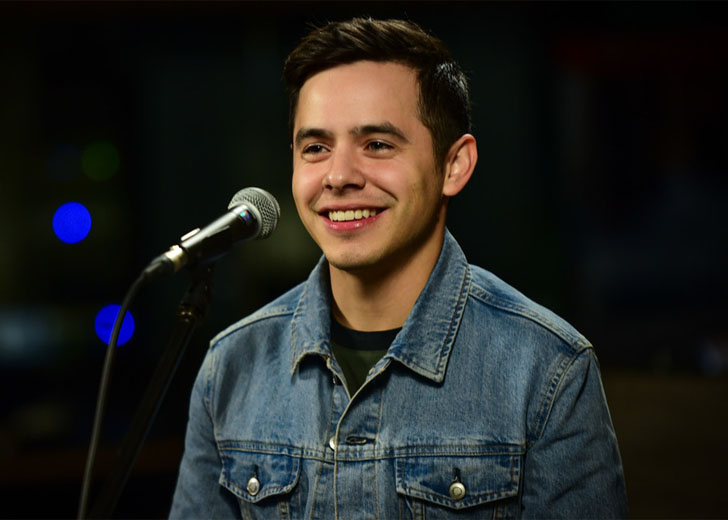 David James Archuleta, famously known as David Archuleta, is a singer, songwriter, and actor, who came to the spotlight from a very young age.

He became the Junior Vocal Champion on the second season of Star Search at the age of 12. The singer then competed and finished second on the seventh season of American Idol in 2008.

The same year in August, Archuleta received his first single Crush from his self-titled debut album. The album was ranked number two on the Billboard 200 chart.

Today, the 30-year-old star is one of the most accomplished singers in the music industry.

His popularity has also led his fans to develop a curiosity about his personal life, especially questioning his sexuality and his dating status.

Archuleta Came Out of Closet

On June 12, 2021, marking the occasion of Pride Month, Archuleta took to Instagram and revealed himself as gay. The singer penned a thoughtful statement about his struggle to restore his faith in his sexuality.

“I like to keep to myself but also thought this was important to share because I know so many other people from religious upbringings feel the same way,” he shared in the caption.

He added that he came out as gay to his family in 2014, but was also open to himself and his close family for some years on his uncertainty about his own sexuality.

“I’ve been open to myself and my close family for some years now that I am not sure about my own sexuality,” Archuleta said.

Regarding his confusion about his sexuality, he wrote:

“But then I had similar feelings for both genders so maybe a spectrum of bisexual. Then I also have learned I don’t have too much sexual desires and urges as most people, which works I guess because I have a commitment to save myself until marriage. Which people call asexual when they don’t experience sexual urges.”

Archuleta also told those in similar situations, “you’re not alone. You can be part of the LGBTQIA+ community and still believe in God and His gospel plan.”

His Thoughts About Marriage and Ideal Wife

The singer shared that he had a list of things he wanted to see in his wife during a Facebook event in 2014.

He described he was looking for a wife who loved God more than she would love him. “Obviously, I don’t know if it’s cheesy, but I think someone needs to love the Lord. It’s a given; they need to love the Lord more than they love me,” he said.

Archuleta also wants his partner to be confident, filled with fun and who could carry themselves well. In fact, he even won’t care if she isn’t a singer like him but he would want her to be supportive of what he did.

Is Archuleta Married? His Dating Status

The ‘Something ‘Bout Love’ singer is allegedly single at present – not married yet and does not have a girlfriend, either.

But with his deep thoughts on marriages and willingness to understand his sexuality do seem to take him towards a partner in the future who would love and support him immensely.