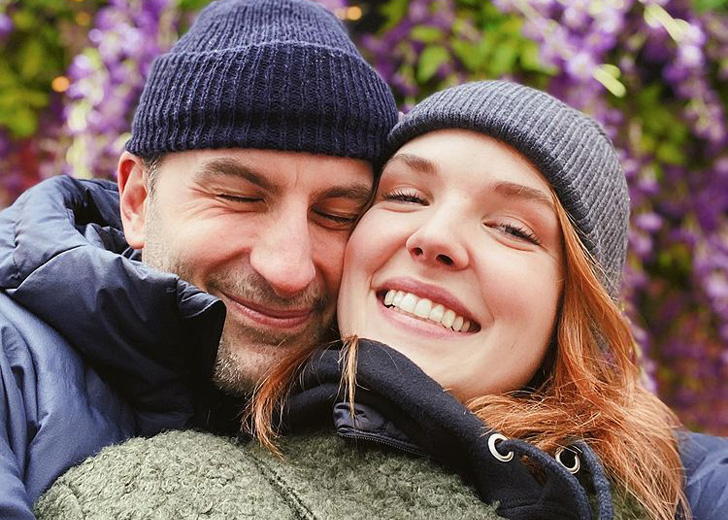 Morgan Kohan is a Canadian actress who has won the audience’s heart through her portrayal in 2018’s Ransom (as Evie Beaumont) and 2019’s When Hope Calls (as Lillian Walsh).

But, she doesn’t only rule the hearts of her fans as she is also the ruler of her boyfriend, Drew Nelson’s heart. Kohan and Nelson have a blissful relationship with several years of togetherness, strengthening their bond.

Morgan Kohan and her boyfriend Drew Nelson’s dating relationship officially initiated in August 2016. On August 22 that year, the actress even mentioned her partner for the first time on her social media.

Later, on October 10, she posted Nelson’s picture on her Instagram for the first time. The duo’s first picture alongside each other also came on December 4 that year.

Since then, the couple has usually featured each other on their social media handles. The two’s bond became stronger as time flew by, with both of them meeting each other’s family members and friends.

Their sweet togetherness is vividly portrayed via their respective Instagram handles. For instance, on August 11, 2017, Kohan took to Instagram to share a selfie alongside her beau and wished her a happy birthday. “HAPPY BIRTHDAY to my favourite man-child!! Oh how I love you!,” she wrote as the caption.

On the occasion of their second dating anniversary, in 2018, Nelson used his Instagram handle to share a cute picture captured alongside Kohan. In the caption, he wrote, “Best 2 years of my life with this dingus. #happyanniversary.”

Likewise, the couple loves to go on vacations and give their well-wishers some glimpses of the time they spend with each other.

This year, on February 20, the When Hope Calls actress made her fans go “aww” when she shared a cute selfie alongside her boyfriend. In the picture, Nelson was hugging Kohan. The photo caption read, “My sweet potato pie.”

Going through all of those heartwarming couple pictures, it’s certain that the two are made for each other.

The two fellow Canadian natives have been in a romantic relationship for over four years. However, they have not shed any light on their wedding plans so far.

And if you are one of those who is waiting for the two to get married, then you might just have to wait for some more time until they reveal their wedding plans and preparations to become a husband and wife.

But despite that, they are the parents of their pet dog named Freddie, whom they see as their children.

Not only do Kohan and Nelson have a blissful relationship, but they also have a flourishing career. Both of them have accomplished a lot in the entertainment industry.

Speaking of Kohan’s career, it started in 2014 when she appeared as Lexi in the short video titled Til Lease Do Us Part. In the following year, she made her TV debut through the TV Series Contingency.

Everything changed for good in 2019 when she made her big-screen debut portraying the role of Jade Williams in Demons Inside Me. In the same year, she was called by Hallmark channel to reprise her role as Lillian Walsh in the When Calls the Hearts spin-off series When Hope Calls.

Everyone praised her performance in both of the acting projects. Since then, she has appeared in quite a few acting gigs, including The Marijuana Conspiracy (2020), Love on Harbor Island (2020), A Romance Wedding (2021), and Batwoman (2021).

As for Drew Nelson’s career, he is also an accomplished actor who made his big-screen debut playing a small role in Die Hard: With a Vengeance (1995).

Nelson’s most recent acting gigs include A Romance Wedding (2021), Dream Date (2021), A Whirlwind Wedding (2021), Blood and Water (2021). Furthermore, the Canadian actor is set to appear in Nightmare Alley and Lazarus Protocol. Both of his upcoming projects are in post-production and might release in 2021.