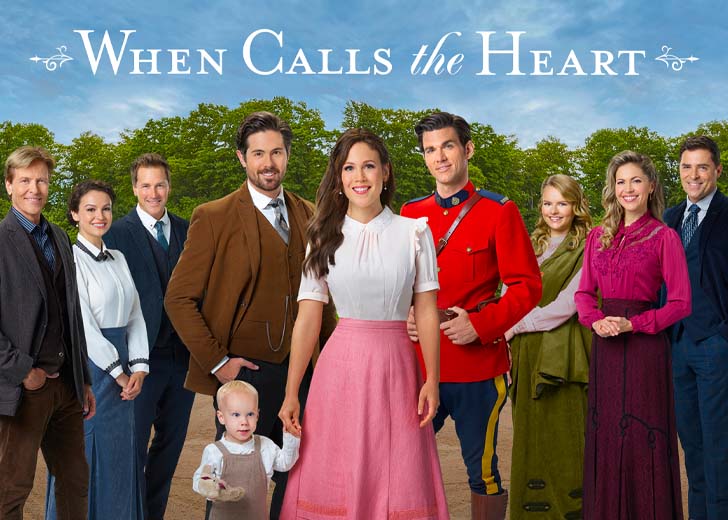 “There are many more stories still to be told about the lives of the beloved characters in this series,” Lisa Hamilton Daly says.

Hearties must be pleased to know that When Calls the Heart is returning for season 10 on Hallmark Channel.

On Friday, June 17, 2022, Entertainment Online exclusively revealed that the Hallmark show is renewed for another season. In addition, it was mentioned that Lindsay Sturman would be serving as the new showrunner.

Speaking to the outlet, the Executive Vice President of Programming at Crown Media Family Networks, Lisa Hamilton Daly, said, “When Calls the Heart continues to push the limits as to what we can achieve with this show.”

She continued, “There are many more stories still to be told about the lives of the beloved characters in this series, and we cannot wait for everyone at home to tune in to see what unfolds.”

Similarly, the Senior Vice President of Development at Crown Media Family Networks, Laurie Ferneau, expressed her excitement to bring Lindsay Sturman into the family as the new showrunner. “[Lindsay] brings her immense talent to the show,” she added.

Season nine of When Calls the Heart was a massive success for Hallmark Channel, bringing an average of 2.9 million viewers weekly. Additionally, the season finale was watched by 3.1 million viewers.

Season nine ended its run in May 2022, and the finale showed the viewers an engagement proposal between Lucas and Elizabeth. And with the new season on its way, look at five facts about it!

1. Cast reaction to the show’s renewal for season 10

When the news was announced that When Calls the Heart will be returning for a season 10, several cast members were delighted to hear it.

Erin Krakow, one of the lead cast members and executive producer, took to her Instagram handle to share a picture alongside her fellow cast members as they celebrated the good news in Italy. “We’re thrilled!!!” she wrote.

In addition, Krakow spoke with Entertainment Weekly and said, “I am thrilled that When Calls the Heart is coming back for the 10th season. With our amazing cast, crew, and talented writers, we can look forward to more adventures, laughs, tears, and stories of romance throughout the community of Hope Valley.”

“We are so excited for all the viewers, especially the Hearties, to continue this journey with us! I’m feeling very grateful. I’m really happy. I’m very proud, excited to get to spend more time in Hope Valley with all of these people I really care about.”

“And it’s just mind-blowing to think about a decade of When Calls the Heart. It’s really pretty amazing. I’m really happy,” Krakow concluded her statement.

Furthermore, fellow cast member Chris McNally was also excited as he said, “It is a cool milestone. I’m very happy to be a part of it. I will say that I don’t feel that I’ve earned it because I’ve only been there since season 6, so I’m happy to be five years in. That’s great.”

“I think that’s a very special accomplishment. Not many shows can say that they’ve gotten that far, so I’m happy to be participating in a part of it. And there’s so much more to tell with Hope Valley,” he added.

It has been over eight years since the first season of When Calls the Heart first aired on Hallmark Channel.

The first episode of the first season aired on January 11, 2014, and the season finale aired on March 29, 2014. Since then, there has been a new season every year and the new season always premieres in the first part of the year.

In between the nine-season, Hallmark has also released some specials during the Christmas time — but it hasn’t happened since season seven. Speaking of the latest season, it had 12 episodes, and it aired on March 6, 2022, and concluded on May 22, 2022.

Furthermore, the show’s nine seasons consist of a total of 95 episodes. And when season 10 starts airing, the show will reach another milestone — the 100-episode milestone.

When the Hallmark show first premiered, there were a limited number of main cast members. But as the show has continued to grow, there have been several new additions, alongside hundreds of cameos from many actors.

Krakow and some other cast have been on the show since its inception in 2014. On the other hand, Loughlin’s character was written off the show in the middle of season six due to her involvement in the 2019 college admissions bribery scandal.

4. Did ‘When Calls the Heart’ get Cancelled?

As of this writing, When Calls the Heart has never been canceled. However, since there was some delay in the renewal of season 10, some fans wondered if the show was going to be canceled.

The same happened when season nine wasn’t renewed for a while. But, as we all know, season nine of the Hallmark show has already aired, and it has now been renewed for season 10. So, When Calls the Heart hasn’t been canceled.

5. ‘When Calls the Heart’ resulted in a new spin-off show

Initially, no one might have thought that When Calls the Heart would be popular among the audiences. However, much to everyone’s expectation, it was loved by millions worldwide.

As a result, a new spin-off series based on When Calls the Heart was announced on July 26, 2018. It was titled When Hope Calls, and its first season aired on Hallmark Movies Now on August 30, 2019.

The show followed the lives of two sisters, Lillian Walsh and Grace Bennett, who were separated at an early age but get reunited years later. Actress Morgan Kohan and Jocelyn Hudon brilliantly portrayed the roles of those sisters, and their performances stole the show.

Much like When Calls the Heart, When Hope Calls has also been loved by the audiences and was renewed for a second season, which premiered on December 18, 2021. As of this writing, there seems to be no news on its third season.