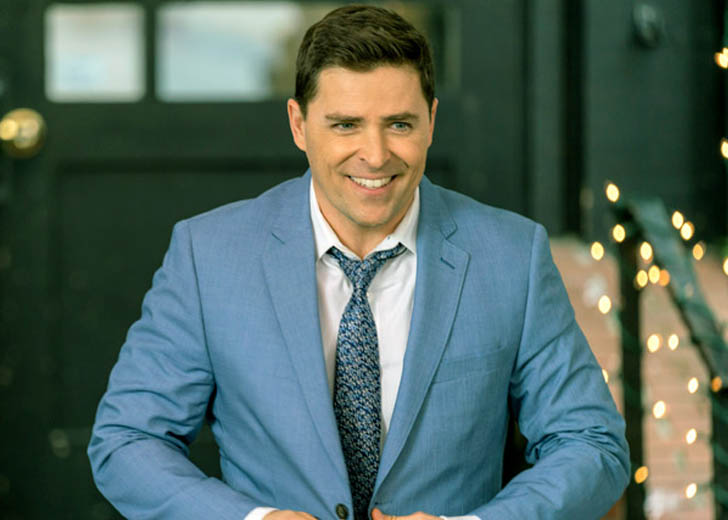 Recently, he has garnered fame for his portrayal of Leland Coulter in Hallmark Channel’s When Calls the Heart (2015-19).

While the actor’s professional life lies clear, his personal life details are quite scrambled. Nonetheless, upon further digging, it is found out that he is a married man and his wife is Corinne Clark.

Who Is Kavan Smith’s Wife?

Smith’s wife, Corinne Clark, is a Canadian casting director who has been involved in several hit movies and TV shows. As of now, she has a total of 91 credits as a casting director in her IMDb profile.

For her amazing work, she has won one Leo Awards and one Artios Award, and has been nominated once for Primetime Emmy Award and five times for Artios Award.

Hailing from the suburbs of Vancouver, British Columbia, Corinne Clark was born in 1970. She celebrates her birthday on the 25th of September every year, making her 51 years of age.

Presently, there is not much information on Smith’s marital relationship with his wife. The married couple has been very quiet and hasn’t given any detail on their relationship.

It is widely believed that Smith and Clark met each other on the sets of the TV show, Stargate: Atlantis, in which Smith appeared from 2005 to 2009 and Clark served as a casting director from 2008 to 2009.

Additionally, some online outlets have also reported that their wedding was very low-key and not many people were invited. Much like other details, the date and venue of their wedding is also unknown.

Not much information could be grabbed from the Canadian actor’s social media handles — he hasn’t used Instagram since 2016 and he isn’t much active on Twitter. As for Clark, it seems like she is not available on any social media platforms.

One of the few instances in which Smith mentioned his wife was on his tweet of September 25, 2017, where he had posted a picture of food with a caption, “My wife’s birthday dinner.”

Smith discussed being private during his interview with My Devotional Thoughts, in February 2019. He mentioned that he is not good on social media and he is quite private. Adding up, he said that he doesn’t mind giving interviews and so on.

Continuing his statement, he stated, “But I don’t take pictures of my wife or my kids. I hope the fans don’t see that as me being kind of removed and remote and not appreciative. I did try to be more active on social media for a while, but it just never felt like me.”

Smith and Clark Are Blessed with Kids

In that post, he had posted a picture of a homemade Ravioli, a kind of pasta, which their boys had made for the first time. The caption of the post was, “Made by my boys. Homemade ravioli w/rosé sauce! Not bad for their first pasta!”

On another occasion, he had posted a selfie captured alongside one of his kids. Other than that, the details of his children remain unknown much like his marital life.

Posted on June 28, 2022June 28, 2022
Sandra Smith and her husband John Conolly have been together for almost two decades.
Read More