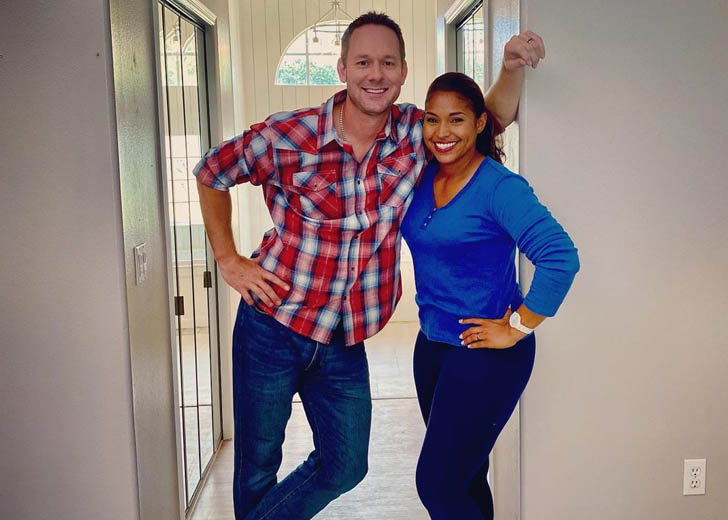 Congratulations to Mika Kleinschmidt and Brian Kleinschmidt, her husband, who recently completed the sixth year of their marriage.

On October 10, 2021, Mika and Brian celebrated their sixth wedding anniversary. On that special occasion, Mika took to her Instagram handle to post a series of pictures, taken over the years alongside Brian.

Accompanying those pictures was a short yet sweet caption that summarized their relationship. She had written, “22 years ago I met you, 10 years ago we started dating, 6 years ago we were married.”

She further wrote that she loves and cherishes the things they have developed today and forever. “Life is always an adventure with you,” she added. In the end, she wrote, “Happy Anniversary,” ending the caption with a red heart emoji.

Brian also posted a collage of pictures from his and Mika’s wedding and a recent picture of them. The picture had a caption that read, “I Do” and “I Still Do!” Happy Anniversary Mika! I love doing life with you.”

In both of those posts’ comment sections, family, friends, as well as Mika and Brian’s fans showered their well-wishes. One fan wrote, “Awww!! Happy Anniversary and cheers to many more.”

“Awwww you guys are too cute. Happy Anniversary!,” wrote another fan.

Ty Pennington, a fellow HGTV star, also wished the couple on their special day as he wrote, “Happy anniversary you guys!”

Mika and Brian Kleinschmidt’s History before Their Marriage

As Mika mentioned in her anniversary post’s caption, she met her current husband 22 years ago, in 1999. Their first meet was when they used to attend the same high school.

However, after they graduated, they became out of contact for years. Nonetheless, as fate had in store, they met once again in 2011 and it became the start of a wonderful journey.

Mika and Brian began dating each other and four years later it was time for them to share the wedding vows. On October 10, 2015, they tied the knots in a small ceremony held in Sedona. Ever since then, they have been happily living together.

As for what happened in their personal life while they were contactless, Mika was involved in a relationship from which she has a daughter named Jade, born on February 11, 2009. Currently, the details of her former partner are unknown.

Similarly, Brian was also in a relationship — he was married to Erika Dunlap from 2007 to 2011. Dunlap is a former Miss Florida and Miss America 2004.

By profession, Mika is a real estate development and interior design expert and her spouse is an actor, entrepreneur, and a home designing expert.

Their talent was discovered by HGTV and they began appearing in several HGTV shows. Through that, the married duo gained fame and became one of the beloved couples that appeared in HGTV shows.

Some of the shows that Mika and Brian have appeared in are 100 Day Dream Home and Rock The Block.

Mika and Brian Kleinschmidt Raise a Daughter Together

As mentioned earlier, Mika has a daughter named Jade from her previous relationship. After she and Brian formed a relationship, they began raising Jade together.

Though not his biological daughter, Brian loves and cares for Jade as his own. Similarly, his family has also accepted Jade as an equal member of their family and treats her as such.

Both Mika and Brian can be seen sharing pictures and clips alongside Jade via their respective Instagram handles. For instance, on the occasion of Jade’s 11th birthday, Brian shared a series of clips and pictures alongside Jade and wrote a beautiful caption.

In the caption, he mentioned that Jade is the best thing that has ever happened to him. He then thanked her for 11 years of incredible memories and mentioned how honored he is to be her “bonus dad.” His caption ended with “I love you more than anything Jade.”

Well, going by those, it seems like Mika and Brian are doing well in raising their daughter and they have a happy family life.