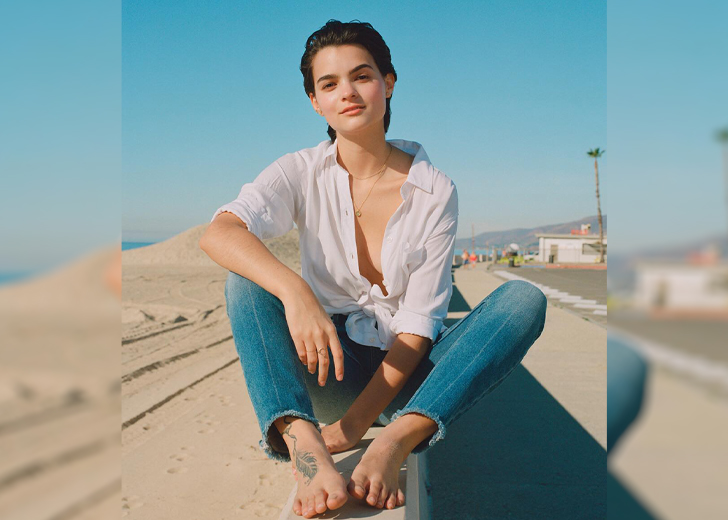 Brianna Hildebrand is a talented American actress who came into the limelight after portraying the role of Negasonic Teenage Warhead in Marvel’s Deadpool (2016) and Deadpool 2 (2018).

Recently, she has been gaining positive attention for her portrayal of Aurora aka Rory in the sixth and final season of the Netflix hit series Lucifer. The final season premiered on September 10, 2021.

Following Hildebrand’s rise to fame, people became eager to learn more about the superhero portraying actress, one of the main topic being if she is dating someone.

Hildebrand was always open about her sexuality and came out at an early age. While she was in high school, she also didn’t hide her sexuality.

Speaking with Independent in March 2017, she mentioned that she learned quite early that she liked both boys and girls. As she continued, she said, “I am lucky to say now that it is not frightening for me living in LA to be gay.”

“Even when I was in Texas, I wasn’t afraid. I was kind of out in high school. I just could never decide on what label. I am glad that I am public about it and I think I should be.”

Hildebrand gave more insight on it during her interview with Vanity Fair in April 2018. She stated, “I don’t have a right definition for my sexuality, for a while I said I was bisexual, then gay. At this point, I no longer describe myself in any way.”

Well, whatever her sexuality is or whichever label she uses, one thing is sure that the American actress doesn’t back off on speaking or advocating for the LGBTQ+ community. Previously, she has shared her experiences on her sexuality and the problem she had faced while growing up.

She is also usually seen enjoying the Pride Parades and Pride month. Furthermore, she loves to play a gay or queer character in movies and TV shows, whenever she gets cast for such roles.

Is Hildebrand Married to a Wife?

Now that the Deadpool actress’s sexuality is learned, let’s learn if she is married and has a husband/wife.

Well, to answer that, it is fully assured that the College Station, Texas native is yet to share the wedding vows and settle down with a partner.

As she likes both boys and girls, is there a boyfriend or a girlfriend in her life? Yes, Hildebrand is currently in a relationship with her long-time girlfriend, Jonneke Grisham.

The duo first met each other in 2016 on the sets of the movie First Girl I Loved. While Hildebrand played the role of Sasha Basanez, a lesbian character, Grisham worked as a set dresser in the art department of that movie.

Since they got together, they have been very much inseparable and can be seen flaunting pictures alongside each other on numerous occasions through their respective Instagram handles.

Both of them usually accompany each other at different events, go on vacations together, and more, which is quite evident through their Instagram gallery.

One of the most recent features of Grisham on Hildebrand’s Instagram handle was on August 19, 2021, when the actress shared some snaps alongside her partner from their vacation to Amsterdam, Netherlands.

Going by all of those lovely pictures of the couple, it is quite evident that their love and care for each other have blossomed over the years and they have maintained a strong and harmonious bond.