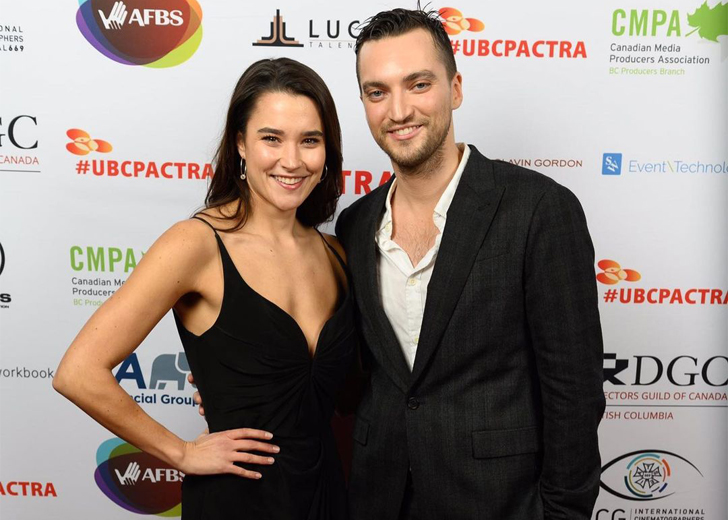 Canadian actor Richard Harmon has earned name and fame all thanks to his portrayal of John Murphy in The CW television show The 100 (2014-20), a show in which he has appeared in 89 episodes.

His acting career has been successfully growing every year, with him boasting a healthy net worth of 3 million. However, it is not the only fruitful thing in his life as he also relishes a happy relationship with his long-time girlfriend Rhiannon Fish, a fellow Canadian actress.

Richard Harmon and Rhiannon Fish Met Through ‘The 100’

Harmon and his current partner Fish first met each other around 2015 through The CW’s post-apocalyptic television show The 100.

Fish was cast as a recurring character in the third season of the show that premiered in January 2016. She portrayed the role of Ontari and appeared in a total of 7 episodes throughout the third season.

As for Harmon, he played John Murphy and was one of the lead characters of the show. Harmon and Fish’s characters crossed paths in the ninth episode titled ‘Stealing Fire.’

In the show, their characters had shared some romantic moments. In the season finale of the third season of the show, Fish’s character is shown as dead.

Although Harmon and Fish first met each other around 2015, it is believed that they didn’t begin dating each other from that exact time.

It was some years later that they caught up with each other and became a thing. The first time both of them posted a picture alongside each other was on February 24, 2019. And, it is reported that they began dating around that same time.

Following that picture, several more pictures of them were shared by Harmon as well as Fish via Instagram. Those pictures were either random or them wishing on each other birthdays. Additionally, they also started to accompany each other during red carpet events.

All of this perfectly confirmed that they are in a romantic relationship. As time passed, their togetherness was more frequently seen through their respective Instagram handles.

For instance, on June 27, 2019, Fish shared a picture alongside her partner in which they were kissing each other. She captioned the picture by writing, “The most magical evening with this above-average man.”

One of the most recent pictures of the couple was seen on July 28, 2021, when Harmon shared a cute picture alongside her beau. He was holding a beer in his hands as they sat on a rock. It seemed they were on a short hike or something.

Going by all of those adorable pictures, it sure looks like they have grown their bond strong and it will continue to become strong day by day.

Harmon Is a Native of Mississauga

Going into the early days of the Canadian actor, he was born on August 18, 1991, in Mississauga, Ontario, Canada. His birth name is Richard Scott Harmon and his zodiac sign is Leo.

He is the youngest child of his parents; Allan Harmon and Cynde Harmon. His father is a director and producer. As he is the younger child, it is sure that he has a sibling too. Well, he has an older sister named Jessica Harmon who is also an actress.

As for his measurements, he stands at a towering height of 5 feet 9½ inches or 1.77 meters.