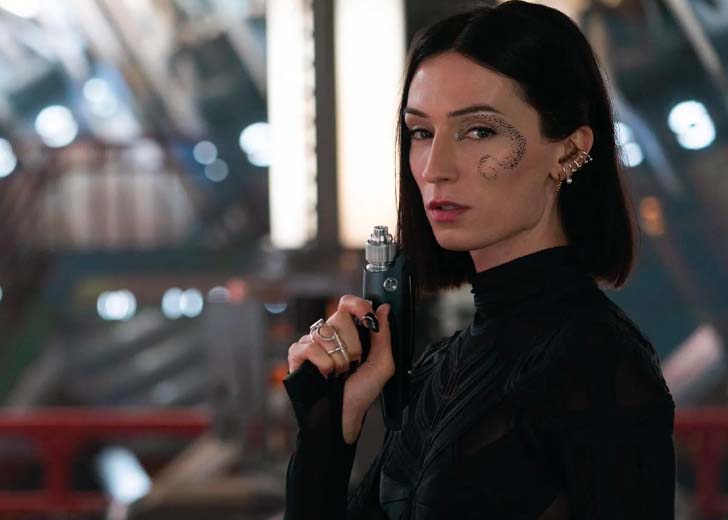 Jesse James Keitel is an actor, writer, and artist from America. She is known for her role in Asher Zelinsky’s short film Miller & Son, which received a gold medal at the 2019 Student Academy Awards for Best Fiction (Domestic) and the BAFTA Student Film Award.

She has also appeared in several films and television shows, including the crime drama-thriller series Big Sky. As a result, her fame grew with each passing day, and fans became more curious about her.

So, let’s know more about the actress, her family, and more.

Jesse James Keitel is private about her family

Keitel was born on June 26, 1993, on Long Island, New York, to her parents. She completed her high school and college at Pace University.

The details about her parents are unknown as the actress have never mentioned them. She is very private about her family and has not revealed any information about her siblings or relatives either. But She is a distant relative of fellow actor Harvey Keitel.

According to Ethnicity Wiki, she was born into a French family and mentions that her ethnicity is white.

Keitel is an openly transgender actor who will play Ruthie, a transgender party girl, in the forthcoming series Queer as Folks. She is a transgender lady who has changed her gender from male to female.

She also performs as a drag queen under the stage name Peroxide and is well known in the Drag community.

Keitel created history when she landed the role on Big Sky, becoming the first trans actor to be cast as a primetime series regular.

Producers of the newest streaming series in the Star Trek franchise have also taken a bold move by casting a transgender actress, Keitel, in an episode directed by an established trans director, Sydney Freeland.

On the other hand, the diva prefers to be referred to as a non-binary person, implying that she does not identify as a male or female. She, however, chooses She/Her as her pronouns, according to The Ancestory.

Jesse James Keitel has a whooping net worth of $1 million

According to Super Stars Bio, Keitel’s net worth is approximately $1 million. Keitel not only earns from her acting career but is also an author and artist and does shows as a drag queen.

Jesse James Keitel has a height of 5 feet 5 inches

Jesse James Keitel is in a relationship of over 10 years

Keitel has also had a long-term relationship with her lover, AJ Lebens.

The pair initially met over a decade ago and began dating in May 2010. Keitel’s Instagram is full of photos of Keitel and her boyfriend AJ.

The lovely couple got engaged on December 14, 2019, AJ proposed, and Keitel showed off their ring and showed how delighted they were to be committed to the love of her life one day later.

Keitel and her boyfriend turned fiance lives in New York City while still not married.

How Can You Stop Workplace Bullying?

Justin H. Min Thanks Fans for Hating Ben in 'The Umbrella Academy' Season 3

Posted on May 5, 2022May 5, 2022
"The G Word with Adam Conover goes inside the US government to find out what it actually does."
Read More