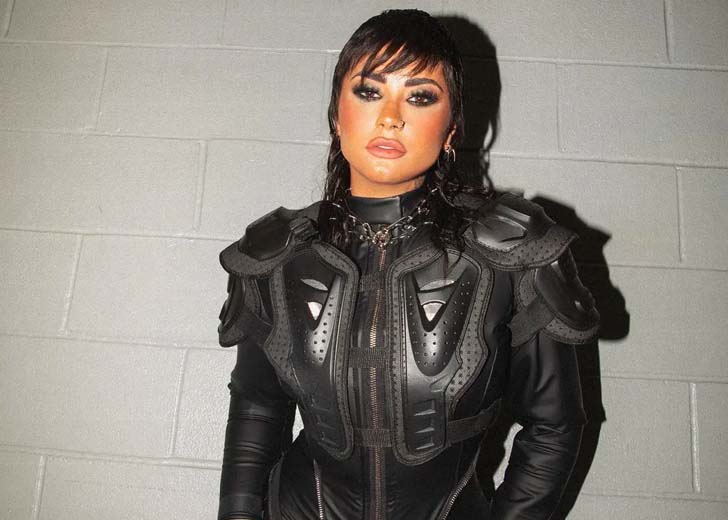 Everything you need to know about Demi Lovato’s dating history and present love life.

Demi Lovato has been very candid about their life.

From their struggles with drug addiction to their dating history, Lovato has shared it all. Especially the singer has been more open about their relationship with their former boyfriend, Max Ehrich.

The pair started dating in early 2020, only to end it later that year. Here is everything we know about the couple and Lovato’s dating life after that.

Since the beginning of 2020, there were speculations that Ehrich was Lovato’s boyfriend. However, the couple confirmed they were dating in March 2020 to US Weekly.

The pair first went Instagram official the same month after the ‘Confident’ singer accidentally made an appearance on Ehrich’s Instagram Live. He was playing piano when Lovato entered the room.

Ehrich told them he was live, but they did not catch it at first. He whispered it back again, to which Lovato ran out of the room with her boyfriend at their heels.

Since then, the couple often appeared on each other’s Instagram. They posted about one another and also told how serious they were about each other in various interviews.

They also appeared in the music video for Justin Bieber and Ariana Grande’s song, ‘Stuck with U.’

Four months into dating, Elrich proposed to his partner. The couple took to Instagram to announce their news.

The singer showed off their engagement ring and penned a long caption. They wrote how they loved their boyfriend the moment they met him.

They continued about never being unconditionally loved by someone and how Ehrich was everything they wanted. They gushed about how their boyfriend accepted her for who they were and said they wanted to be the best version of themselves with him.

Demi Lovato had a short-lived relationship with her husband-to-be, Max Ehrich. (Source: Instagram)

The famed singer ended their captions by saying they were “ecstatic to start a family and life” with their boyfriend. Ehrich also penned a lengthy caption about how much he loved the singer.

It was evident that Lovato was ready to make Ehrich her husband, but unfortunately, that did not happen. Instead, their love story was short-lived, and the pair parted ways.

In September 2020, rumors started spreading that Ehrich did not love Lovato. This was because old tweets surfaced where he shaded Lovato and supported Selena Gomez.

Lovato shut down the rumors and said it was fake. They ignored them and hinted the pair would elope.

But rumors had got the best of them. As a result, the duo parted ways two months after their engagement.

Their breakup was confirmed by US Weekly, who was informed by a source close to the singer.

Lovato later told Vanity Fair that she was fooled by her to-be husband and did not know who they were engaged to.

It was reported that Ehrich made fake news about himself and was clout chasing after breaking up with Lovato. However, the ‘Cool for the Summer’ singer paid no attention to him and moved on with their life.

As of 2022, Lovato is single. She has not revealed if she has a boyfriend or a husband.

They are more focused on self-love and are concentrated on themselves. They told Rolling Stones in 2021 that they were comfortable being alone and felt more secure with themselves.

The pair dated and broke up in 2018. Then, Lovato dated Wilmer Valderrama and had the longest relationship with him.