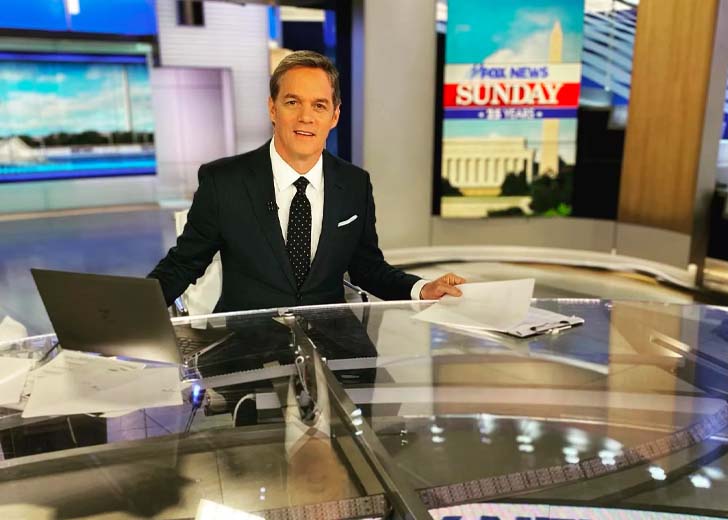 Bill Hemmer was in a relationship with his former girlfriend for eight years, but they never got married.

Bill Hemmer’s relationship status has been questioned a couple of times.

Many wonders if he is married, has a wife, or is dating someone. Similarly, there are rumors of him being gay circulating as well.

All in all, people want to know the co-anchor of America’s Newsroom’s relationship status, love life, and sexuality.

Hemmer is a private person, so not much is known about his personal life. Moreover, there is little to no information on his love life.

Here is everything we know about Hemmer’s personal life.

Is Bill Hemmer married and has a wife?

No, Hemmer is not married. He does not have a wife and never had one as well. Similarly, he has no children. The journalist has had only one public relationship.

It was with Canadian model Dara Tomanovich. Their first public appearance was in 2005 at the Victoria’s Secret Fashion Show.

However, it is reported that they might have started dating before that. After their relationship was known to the public, a passionate romance blossomed between the couple.

They often made public appearances like being photographed together at the Empire State Building’s observation deck. However, they did not reveal much about their relationship.

Many speculated that the pair would soon get married, and Hemmer would make Tomanovich his wife. Unfortunately, this never happened.

The duo parted ways in 2013 and did not reconcile. It was reported that the model moved on and started dating British Royal Prince Andrews.

Bill Hemmer has never been married and does not have a wife. (Source: Instagram)

Hemmer, on the other hand, has remained mum about his relationship status. He has kept his personal life under wraps since their breakup in 2013, and he hasn’t said much about it.

Two years later, in February, one of his followers inquired as to whether or not the journalist had a girlfriend. This tweet went unanswered by Hemmer.

Therefore, it seems like Hemmer is single and is not dating anyone.

Before Hemmer revealed his relationship with Tomanovich, many speculated that he was gay.

His sexuality was questioned many times until a reader sent a letter to Queerty* talking about the journalist’s preference.

In an article titled ‘Bill Hemmer’s Heterosexuality Breaks Our Nonexistent Heart,’ a reader of the tabloid revealed that the co-anchor of America’s Newsroom was not gay.

They wrote that Hemmer announced that he had a girlfriend during his news program. He confessed that he had taken his partner to the Empire State building the day before.

Then, he proceeded to take out his mobile phone to show pictures of his girlfriend. During that time, he was live on the air and offered his phone in front of the studio camera to reveal his girlfriend.

Everyone was shocked by Hemmer’s action. His co-anchor, Megyn Kelly, even commented, “that doesn’t sound like you!” Needless to say, the journalist seemed smitten with his partner.

This way, he proved to the world that he was not gay. The reader concluded his snippet by sharing their disappointment that Hemmer was straight.

They wrote, “Thank God we now all now know Mr. Hemmer is straight. Now I can sleep well now knowing there is no future for he and I!!”