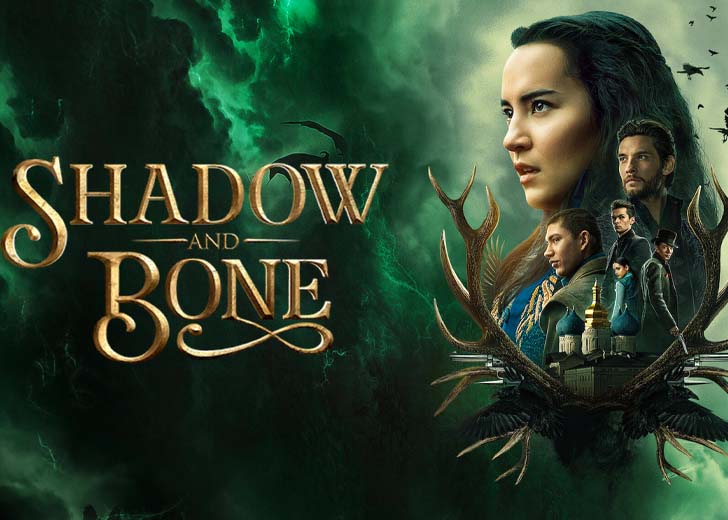 The Grishaverse stories are back!

Be ready to step into the Grishaverse once again as Netflix’s Shadow and Bone has wrapped up the filming of its second season.

On Thursday, June 9, 2022, actress Amita Suman, who plays Inej Ghafa, took to her Instagram handle to share multiple snaps alongside her fellow co-stars on the show and announce that the filming for season 2 has officially completed.

Captioning those memorable pictures, she wrote, “That’s a [wrap] on season [two] of #shadowandbone. A thousand memories, moments, up’s and downs, unforgettable and blurry times. Looking forward to a million more with my gang, my fam.”

Similarly, more photos were posted by actor Freddy Carter, who plays the role of Kaz Brekker. And all of those pictures were ultimately shared by Netflix Geeked’s Instagram handle. They wrote, “congrats to the lights of my life, the @shadowandbone cast, on a wrap on what is sure to be an amazing season 2.”

Shadow and Bone season one premiered on the global streaming service on April 23, 2021, and fans were instantly hooked up with it. And it was instantly renewed for a second season on June 7, 2021, during Netflix’s Geeked Week.

When season 2 was confirmed, showrunner Eric Heisserer jokingly said, “I’m honored and thrilled to return to the Grishaverse and continue the stories of these endearing characters, particularly Milo.”

Afterward, there were a few but not many updates on the second season. However, that has since been changed as multiple new updates on the show have been coming around for the past few weeks. Here is what we know about Shadow and Bone season 2!

Meet the new cast members on Shadow and Bone season 2

In season one of Shadow and Bone, we got introduced to some talented actors who play some amazing roles. And it is expected that almost all of the existing cast members are returning for season 2 as well.

Now coming over to the new faces, the first one is Patrick Gibson who will play the role of Nikolai Lantsov. Speaking more of his character, he is an ally of Alina’s in the second book and a prince who hires soldiers and mercenaries to assist Ravka.

English actor Jack Wolfe is another new cast member to join Shadow and Bone season 2. He will be playing the role of Wylan Hendriks. His character is the son of a rich merchant who goes to join Crows as a chemist and demolition expert.

Furthermore, there is two more addition: Lewis Tan and Anna Leong Brophy. They will portray the roles of twins Tolya Yul-Battar and Tamar Kir-Bataar, respectively. While Tamar is a Grisha Heartrender, Tolya is a mercenary in Nikolai’s crew.

When will Shadow and Bone season 2 release?

As of this writing, Netflix is yet to confirm or announce the release date for Shadow and Bone season 2. Similarly, they are yet to release a teaser trailer or a full trailer.

One of the reasons behind it might be because the filming was just wrapped up recently. So, there is a lot of post-production work to be done – which obviously requires a lot of time.

And until some work has been done, Netflix might take some time to officially announce the release date as well as release some footage as a teaser or trailer.

The filming of the second season was first expected to start in December 2021 but due to some unknown reasons, the production only started on January 13, 2022. And with the filming being completed in June 2022, it might take around six months for post-production works.

To conclude, fans of Shadow and Bone might have to wait until December 2022 or early 2023 to binge-watch the second season. And that also will only be possible if everything works out smoothly.

For those searching if there is a synopsis for Shadow and Bone season 2, unfortunately, there isn’t – yet.

As there is no official release date or a trailer, Netflix also hasn’t released any synopsis for the second season. However, fans can expect that the story will continue from the ending of season one and will be based on other Grishaverse books.

Although there haven’t been many revelations on the story of Shadow and Bone season 2, because of privacy and spoilers – the existing and new cast members of the show have teased there will be heartbreak in the second season. So, make sure to have tissues with you while watching the second season.

On Monday, June 6, 2022, the cast members delivered a special message and teased what’s coming in season 2 during Netflix’s Geeked Week. But, as they weren’t allowed to tease everything, they decided to describe the second season in three words.

Ben Barnes also stepped into the game as he said, “bigger, bolder, and badder.” On the other hand, Freddy Carter described the new season as “Action-packed, epic, and Crowtastic.”

Furthermore, when the cast was asked to describe their characters in the second season in one word, newcomer Jack Wolfe used the word, “Underestimated.”

Danielle Galligan described his character by saying, “It’s got to be #guilty.” Barnes and Anna Leong Brophy also joined in the game as they used the words “angry” and “fierce,” respectively. “Traumatised, but also the best?” were the words used by Freddy Carter.

Why A Vegas Trip Is A Must?