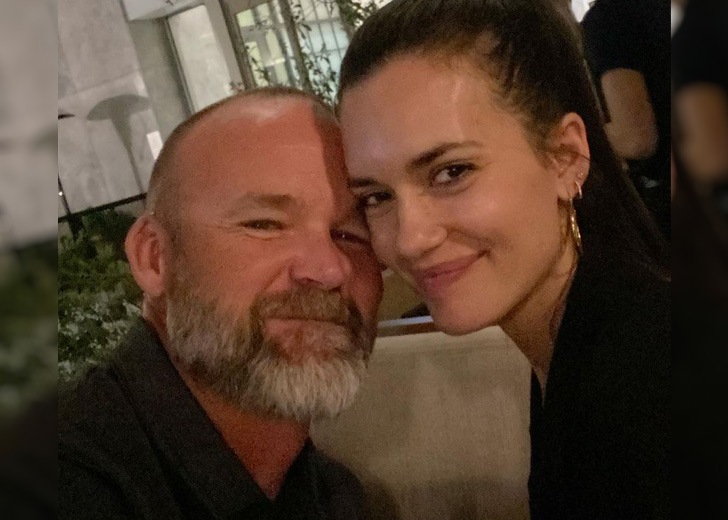 On June 8, 2021, the Chicago Cubs manager took to his Instagram handle to share a selfie alongside his girlfriend DeVitto and wished her a happy 37th birthday.

He expressed that she made him happy, writing, “You make me so happy! Happy birthday beautiful.”

Well-wishers of the couple loved Ross’s gesture and birthday wish. They took to the comment section of the post to pour their love for the duo.

An Instagram user appraised the couple and said that Ross is lucky to have DeVitto. He wrote, “Now that’s a good-looking couple. You’re lucky Rossy!”

Another user found the selfie Ross had posted as cute as she wrote, “SO CUTE my favs…”

But, the fans of the two celebrities weren’t the only ones who commented on the post, as DeVitto herself took to the comment section to thank her caring boyfriend.

A few hours later, the Chicago Med actress took to her own Instagram handle to thank all her well-wishers for their kind birthday wishes. She shared a picture of herself standing on a balcony in front of a beach.

In the caption, she wrote, “37! More body aches and pains than ever before , but man oh man, am I so grateful, happy and blessed to be alive ! To be able to age day by day is an honor never to be taken for granted.”

The caption continued, “Aging is a beautiful part of life that gifts you with experience and wisdom. Thanks for all the birthday love!!! Your messages and thoughtful videos blew me away! Sending that love right back to all of you.”

A few days before her 37th birthday, DeVitto took a vacation to Antigua, West Indies, with her friend and co-star Marina Squerciati accompanying her. The two friends celebrated DeVitto’s birthday there.

A day before her birthday, on June 7, 2021, she even shared a short clip of her stay at Antigua, West Indies-based Hodges Bay Resort and Spa. Additionally, DeVitto and Squerciati’s vacation can be vividly seen via Squerciati’s Instagram handle, where she has shared some glimpses.

Coming back to Ross and DeVitto, the two began dating around early 2021. Their relationship was officially confirmed by DeVitto herself when she shared a picture of her kissing Ross on his cheeks on May 7, 2021.

Since then, the Cubs manager and the actress have been together.

Prior to their relationship with each other, both of them were married people. DeVitto was married to a fellow actor Paul Wesley from April 2011 to July 2013. Likewise, Ross was in a marital relationship with Hyla Ross from 2005 to 2020.

From his marriage with Hyla, Ross is a father to three children: two daughters named Landri and Harper and a son named Cole.