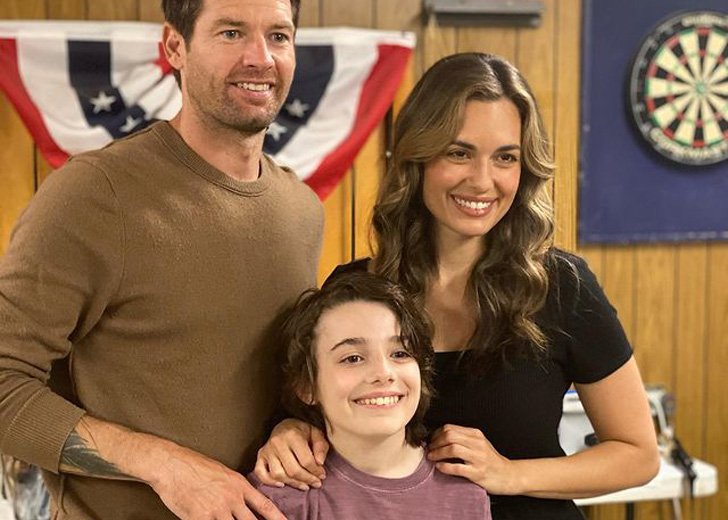 Torrey DeVitto will appear in the film Skelly.

On May 27, the Chicago Med star informed on Instagram that she had completed her part of the shooting schedule for her upcoming film Skelly and she couldn’t wait to share the movie with everyone this fall.

The filming for the movie had begun in early May 2021, in Berkshires, Massachusetts.

DeVitto’s post also featured a series of pictures where in the first two pictures, she posed with her co-stars John Palladino and Judah Abner Paul.

The other two pictures were the screenshots of Deadline magazine’s report on the film. The report stated that the actress had joined the cast of the movie alongside John Palladino, Brian Cox, and Judah Abner Paul.

Further, Skelly is written and directed by Matthew Greene-DeLange while it is produced by Rob Goodrich and Jason Armstrong of Walk Like A Duck Entertainment and Ellyn Vander Wyden.

In the film, DeVitto plays the mother of 11-year-old Jonah, played by Judah, whose grandfather passes away plunging his dad into a state of grief that Jonah can’t comprehend. That gives birth to an obsession with mortality for Jonah as he and his friends put together the annual haunted house.

The film’s production company, Walk Like A Duck Entertainment, stated:

“Skelly is heartwarming film that takes children and parents alike back to the curiosity and creativity of Halloween and family bonding. Torrey embodies the warmth and encouragement of a Mom supporting her son and his friends and brings a world class talent to what we expect to be a inviting and fun film for Halloween this year.”

The 36-year-old actress recently made headlines for saying goodbye to the cast of the NBC show Chicago Med after she and her co-star Yaya DaCosta decided not to renew her contract after the end of the sixth season.

“It has been such an honor and pure joy to bring Dr. Natalie Manning to life for all of you on Chicago Med for the past 6 seasons. But it is now time for her and me to bow out and say goodbye,” DeVitto wrote on Instagram on May 11, 2021.

Earlier on May 7, the The Vampire Diaries star had confirmed her relationship with Chicago Cubs manager David Ross through Instagram.