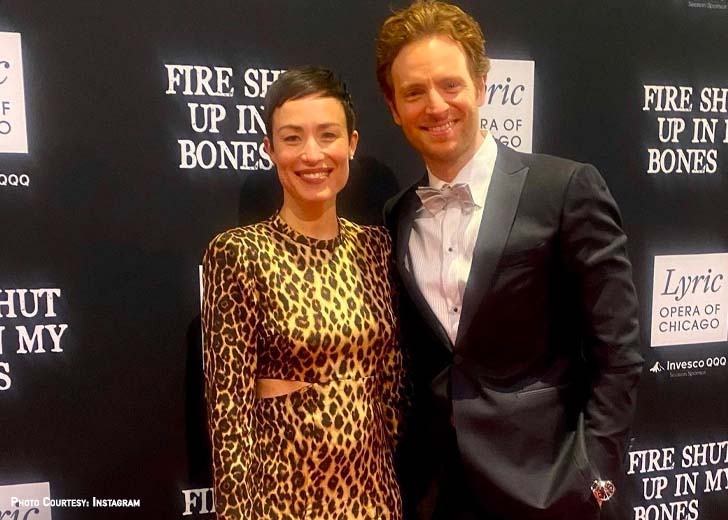 Nick and his wife Lilian attended a few red-carpet events together in January 2022. The couple only had a brief break from their newborn.

Lilian Matsuda is a marketing manager from the United States, but she is best known as the wife of actor Nick Gehlfuss.

Gehlfuss is best known for his roles in the Chicago franchise series Chicago Med as Dr. Will Halstead and Shameless as Robbie Pratt.

Matsuda and Gehlfuss have been dating since 2013. Being content with their relationship, they decided to unify three years after their official date as a couple. They married on May 13, 2016, in an Ohio private but lavish ceremony. They took two days to enjoy their marriage and only posted about it on May 15.

Later that day, on May 17, the couple finally went public, revealing a few details about their wedding to People magazine. He stated that he wanted to invite his cast members but would also have had to invite the entire Chicago franchise.

Lilian Matsuda and Nick Gehlfuss have been married for six years. (Source: Twitter)

Their honeymoon was supposed to be abroad, but they spent the first few days promoting his show. Matsuda is half-Japanese on her father’s side, so Japan was one of their planned destinations.

Matsuda and Gehlfuss’s marriage has been smooth since the beginning. Their commitment and love for each other made it free from controversies and unnecessary drama.

Matsuda first made a pregnancy announcement on April 14, 2021. She also posted a mirror selfie, proudly showing off her baby bump and tagging her husband.

Later, on June 13, 2021, they uploaded a few photos from a live Columbus Symphony concert they attended and addressed their soon-to-be-born baby in the caption.

She wrote, “Dear Bebe, you will be lovef by this family. I hope you had a good time at your first live concert. Thank you, fam, for making this a great weekend.”

Her Instagram went silent on the baby front for a while, but on December 14, 2021, she announced subtly that the couple’s first child had already been born.

Moreover, she paid tribute to her mother and mentioned how much she and her baby missed her at Christmas. Matsuda wrote, “I believe my baby would laugh if you laughed. I’ll do my best to be as patient as you were.”

As they attended a few red-carpet events together in January 2022, the couple only had a brief break from their newborn. Matsuda even mentioned parents’ night out in a few of his posts.

Gehlfuss is a well-known artist from the United States. In 2014, he appeared in Shameless as the character Robbie Pratt, which helped propel him to fame.

Moreover, the actor first appeared in the police procedural drama Chicago P.D. and then in the drama Chicago Fire’s backdoor pilot for Chicago Med.

His industry career is gradually but steadily improving over time. He was cast as Dr. Will Halastead in the National Broadcasting Company’s Chicago Med in 2015.