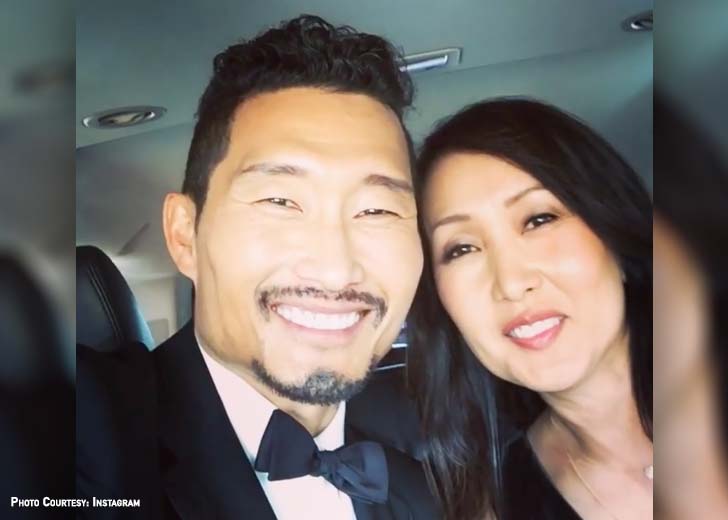 Daniel Dae Kim spoke about his long marriage to Mia, “Listening is as important as speaking in all relationships, not just romantic ones.”

Daniel Dae Kim is best known for his roles in the Hawaii Five-0 and Lost television shows. He has been married to Mia Dae Kim for over 27 years.

Mr. and Mrs. Kim married on June 12, 1993. According to The New York Times, the couple married at the First Presbyterian Church in Fairfield, Connecticut. Ki Chun Lee, an Episcopal minister, also attended their wedding ceremony.

Daniel’s wife is well-known not only because of him but also because she is a graphic designer who spent most of her career in Manhattan. She previously worked for Springer-Verlag New York Inc., a medical and science book publisher.

Daniel and Mia have a long-lasting marriage because of their love and trust for each other. When fans are asked about the secret to their successful marriage, the actor once said, “Listening is just as wise as speaking, and this applies to all relationships, not just romantic ones.”

Daniel Day Kim and Mia Dae Kim have been together since 1993. (Source: Instagram)

Moreover, Daniel had to split his time between New York and Los Angeles due to his busy shooting schedule. But Mia understood that she never lost her temper with him and instead always kept encouraging him to do his best in his acting career.

Additionally, the actor has an Instagram account with 744k followers. He has posted many pictures of his professional life, but he rarely posts pictures of himself with his wife.

Daniel and Mia have two children from their 27 years of marriage. Their first son, Zander, was born in 1996, and their second son, Jackson, was born in 2002. Both of them have matured, as evidenced by Daniel’s Instagram handle.

Their two sons appear to have a special bond with their father. Daniel posted two photos from 2008 and one from 2019. In the caption, he expresses his gratitude for being two children’s father and his excitement for what the next decade holds for them.

Furthermore, the actor stated in an interview with Vulture that he did not want his sons to feel alienated as they grew up. He also explained, “At the time, one of my sons was in elementary school, and the other was about to enter high school, and I really wanted them to grow up with the continuity of experience.”

Daniel left the show after the seventh season in 2017. He left the show because he could not achieve pay parity with fellow original cast members Alex O’Loughlin and Scott Caan.

He announced his departure from the show by writing a post saying, “When production resumes next week, I will not be returning to Hawaii Five-0. Despite making myself available to return, CBS and I were unable to reach an agreement on new contract terms, so I made the difficult decision not to continue.”

The actor bittersweetly described his departure as a double-edged sword of sadness and gratitude before praising the show’s crew, writers, and creative leadership for their efforts and support.

Daniel has kept busy in front of and behind the camera since leaving the show. During his transition from Hawaii Five-0 to The Good Doctor, the actor told reporters that, while he enjoys acting, he is content being behind the drama scenes.