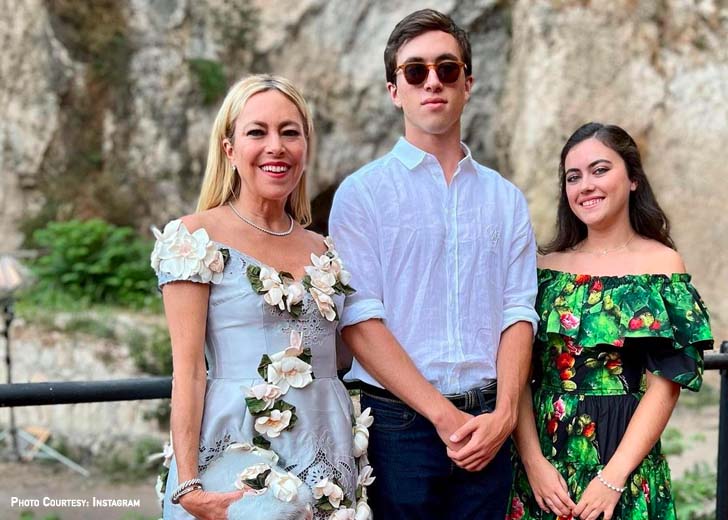 All about Sutton Stracke’s dating life and co-parenting with her ex-husband.

Stracke shared a picture with her new lover, who was first introduced to Real Housewives of Beverly Hills fans at a dinner date earlier this season.

Das, an attorney who once appeared on Jeopardy!, and the 50-year-old RHOBH star have made their relationship public.

Stracke has gone Instagram official with Das. On August 25, 2022, she uploaded a picture with him on her Instagram and wrote, “Good things do come out of #rhobh.”

In an earlier episode of this season, Stracke and Das, whom she met on the dating app Bumble, FaceTimed during a party, and that is when Stracke first confessed her affection for him.

Before realizing Das was still on the call, Stracke blurted out, “Excuse me, I actually like him.”

Stracke said that she had low expectations before the couple’s dinner date.

She said she was not looking for marriage and wanted a boyfriend. She noted, “I don’t want to get married. I suppose all I really want is a boyfriend—someone to put up with me!”

However, the nature of their connection was unclear at the conclusion of RHOBH’s 12th season. The way the scene was edited raised apprehension. If Das responded in any way, it wasn’t recorded.

After the show aired, Stracke’s admirers began learning more about Das and expressed their desire for the two to fall in love.

Sutton Stracke talks about co-parenting with her ex-husband

Stracke explained more about what it’s like to co-parent with her ex-husband Thibault Christian Stracke in the first look at the RHOBH episode on August 3.

She opened up to another single mother, Garcelle Beauvais, about that difficult topic and what it was like to spend Christmas alone while her children were away with their father.

The star stated, “I just thought, Wow. This is my life as a single person,” subsequently expanding on and providing additional context for her statement in an episode-featured interview.

Stracke and her ex-husband met when they were just 13. The two married in 2000 and spent 16 years together before officially divorcing in 2017.

However, their separation came at a high emotional cost. Unbeknownst to her, Christian filed for divorce on her birthday and showed up to her party with a cake, as the reality star described in a deleted clip from RHOBH Season 11.

Christian reportedly agreed to pay her $300,000 per month in spousal support as part of the divorce agreement until her marital status changes or one of them passes away.

The ex-couple also have three children together: boys Philip, 18, and James, 15, as well as daughter Porter, 20, and Christian is said to have agreed to pay child support as well.

Did SSSniperWolf and Boyfriend Evan Break Up? Know the Truth