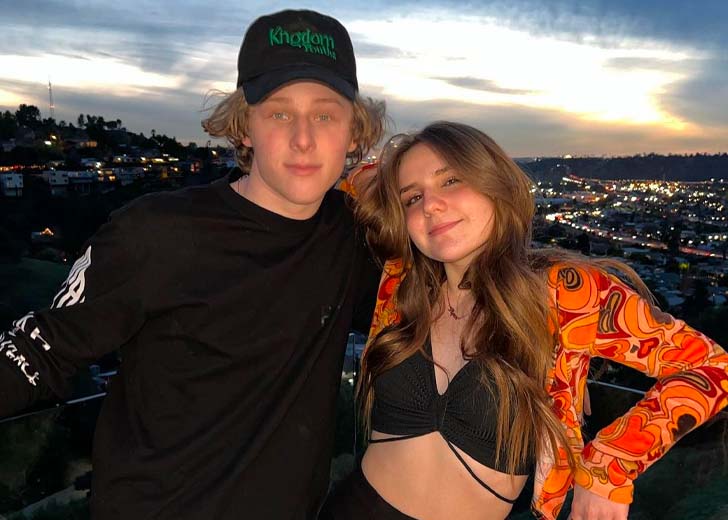 Piper Rockelle is a popular internet personality known for her prank videos, challenges, and music videos.

She started her career as a social media personality, uploading entertaining videos to her musical.ly account, which has over 5 million followers. She then created a YouTube account in her name to entertain her viewers with funny content — and she now has over 7 million subscribers.

She has also appeared in several short films and songs, including Dark Eyes, Butterflies, and Sitting in the ’80s. She began her acting career with her appearance in the American television series Mani.

If you have followed Rockelle closely enough, you must know that she is dating her boyfriend, Lev Cameron. The two began dating on May 13, 2020, which is over two years ago.

The social media star met her boyfriend, a professional dancer, in 2019. Initially, they were friends.

Cameron eventually asked her to be his Valentine in February 2020, and she agreed. The couple confirmed their relationship on July 18, 2020, by uploading a photo of them together on the Instagram handle.

Since then, they are still together and posted on social media. For example, on May 10, 2022, Rockelle posted an Instagram video of herself dancing with his boyfriend. She said in the caption of the post, “Life needs more slow dances.”

The feeling is mutual between the two. Cameron also posts pictures of Rockelle on social media. For example, recently, on August 22, 2022, he posted a picture of them together, wishing his girlfriend a happy birthday.

Piper Rockelle and Lev Cameron usually prank each other

The couple frequently challenges each other, and they appear in nearly every video they upload to their respective channels.

For instance, Cameron posted a prank video titled ‘I Broke Up With My GIRLFRIEND EMOTIONAL’ on his channel on January 2, 2021. In the video, they pretended to break up on the camera and pranked their friend.

Similarly, Rockelle posted a prank video in November 2020. In the video, she acted like she had a panic attack in the presence of her boyfriend. In another case, she scared Cameron with fake snakes.

Rockelle’s boyfriend Cameron, who is currently 16 years old, is a dancer best known for his 2018 appearance on Dancing with the Stars: Junior.

Before that, he appeared on So You Think You Can Dance and made it to the Top 30.

He is also an actor who has roles in movies like My Haunted House and Evil Things. He currently has more than 1.5 million Instagram followers.

Moreover, he was born in France and moved to America with his family. And he began dancing when he was five years old and knew immediately that he would do it for the rest of his life.

The former couple frequently appeared in each other’s social media posts and music videos, as Magnus is also a musician.

However, they announced their split in July 2019 because they had been feuding off-screen for quite some time. They remained friends and still appear in each other’s videos, though not as frequently as they used to.

In addition, the internet personality was involved with Walker Bryant, an American social media personality. They were featured in each other videos several times.

In April 2020, she even featured Bryant in her video titled ‘THE TRUTH,’ where he teased that he had feelings for someone. That made fans think that he was talking about her.

However, they were not seen in each other’s videos afterward. Rockelle and Walker convinced the audience that they would return with more videos together, but that never happened.