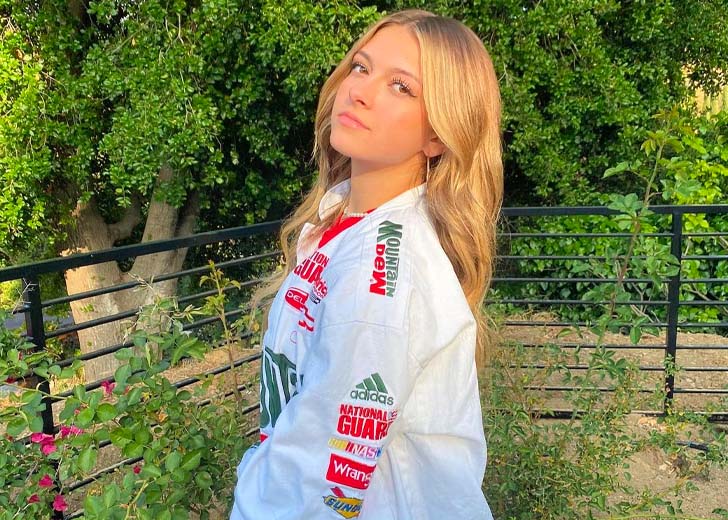 Coco Quinn and Javon Walton were seen walking hand in hand in a viral TikTok video.

Dancer Coco Quinn made a name for herself in the industry at a young age. She has evolved so well that many people are now curious about Coco Quinn’s past relationships and boyfriends.

The diva made her acting debut in the 2016 drama Stitchers and has since appeared in Mani and Chicken Girls. Her acting and dancing careers have helped her become an internet celebrity with millions of followers on social media.

In addition to dancing, she is a brilliant and enthusiastic singer. Even her debut single, released in 2020, has gotten much attention and praise. She also becomes a formal member of the influencer network GoatFamLA.

Furthermore, she has nearly 1 million subscribers on her self-titled YouTube channel and 1.2 million followers on Instagram. Her most popular videos are song covers she creates with fellow content creator Gavin Magnus, and they also post challenges, pranks, and Q&A videos.

Several reports have shown that actor Javon Walton from the Euphoria series is dating actress Quinn.

The rumor began to circulate after the two were seen walking hand in hand. The PDA-filled moment quickly went viral on the internet, particularly on TikTok. Their fans were thrilled and overjoyed to see them together.

In the viral video, the couple was dressed casually. Walton was dressed in a grey printed t-shirt and blue denim, while Quinn wore a white crop top and red leggings. They even appeared too engrossed in each other and unconcerned about who was around them.

Some of the actor’s fans were seen assaulting the dancer because they adored him and couldn’t bear the thought of him with another woman.

“If you all are Javon’s fans, then be happy for him as he is happy with Coco and stop attacking her,” one user wrote.

As of now, neither has made an official statement regarding the TikTok video, keeping their dating rumors unaddressed.

Quinn dated Magnus, a well-known social media figure. Gavin is famous for his vocal abilities, having succeeded with songs such as ‘Hollaback’ and ‘Crushin.’

The dancer and her ex-boyfriend Magnus reportedly met at the Instabeach event for social media influencers. He was initially hesitant to approach her because he was intimidated by her.

They eventually started talking and became friends. Their bond grew more robust over time, and they soon began dating.

Later, when Gavin released an unusual and unexpected video in mid-May 2020, announcing that he and Quinn were taking a break, many mistook it for an actual breakup.

It was clear that they were viewing their relationship differently, rather than going their separate ways. However, they eventually parted ways later that year.

Following his breakup announcement, Gavin was asked about the split, and he became as emotional as one can be, as seen in the video. He assured fans that he and Quinn would remain friends, but they had never created content together until this massive video.

Aside from her relationship with Gavin, she stated on YouTube videos that she has a crush on some guys.