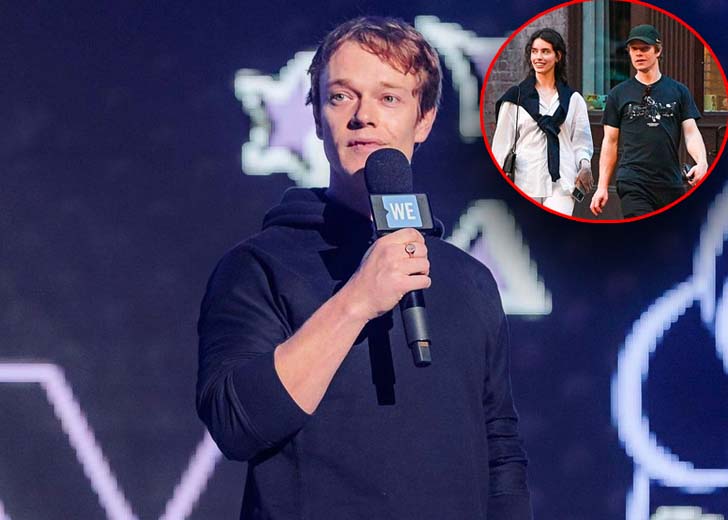 Alfie Allen is an English actor known for his role as Theon Greyjoy in HBO’s fantasy series Game of Thrones. He appeared as a series regular for eight seasons and was nominated for a Primetime Emmy Award in the category of Outstanding Supporting Actor in a drama series in 2019.

Allen has appeared in several series like The Golden Hour, Close to the Enemy, Harlots, and White House Farm. He has starred in numerous movies such as Pandemic, John Wick, How to Build a Girl, Jojo Rabbit, and Night Teeth.

He is also set to star as Jock Lewes in the upcoming historical drama SAS: Rogue Heroes alongside Connor Swindells, Sofia Boutella, Jack O’Connell, Tom Glynn-Carney, Dominic West, and many more. The series illustrates the building of the Special Air Service during World War II.

Moreover, fans were taken by surprise earlier this year when Allen, 35, was seen with his girlfriend Nicole Della Costa enjoying some time together in New York City.

Alfie Allen was spotted with his girlfriend, Nicole Della Costa, in NYC

Allen was spotted with his artistic girlfriend, Costa, in New York City while exploring the Big Apple by foot on May 15, 2022, as per Daily Mail Online.

However, it is not known how the two of them met or how long it has been since they have been dating, but the pair looked very passionate toward each other while walking in New York City.

The Game of Thrones actor wore a black top to bottom with white shoes and a cap while his girlfriend wore all white from head to toe with a black loafer and a dark blue sweater around her shoulder.

Who is Nicole Della Costa?

According to The Face, Costa is a Brazilian artist who founded The Poetry Bank in April 2021, which is on a mission to democratize the literary genre. With the organization’s help, she wants to make poetry more accessible.

Within a month of its launch, Coast was successful in collecting contributions from poet Sony Hall, photographer Nick Knight and many more.

On the organization’s official website, she wrote, “The Poetry Bank is categorized by our contributors that come from a diversity of backgrounds – photographers, painters, lawyers, musicians, artists, and others.”

Alfie Allen is a father

Allen has a beautiful daughter named Arrow with his ex-girlfriend, Allie Teilz. The baby was welcomed to the world in October 2018, with the actor announcing the news via his Instagram.

The post contained the picture of his baby with the caption saying, “With full hearts and overwhelming joy I introduce you to the newest member of our family. She is perfect.”

For three years, from 2017 to 2019, Allen was in an intimate relationship with American DJ and model, Teilz. Even though the pair had been separated for several years, they were seen together just weeks after Allen sparked a romance with artist Nicole Della Costa.

The actor was seen with his ex-girlfriend and their daughter in Miami to spend quality time together.