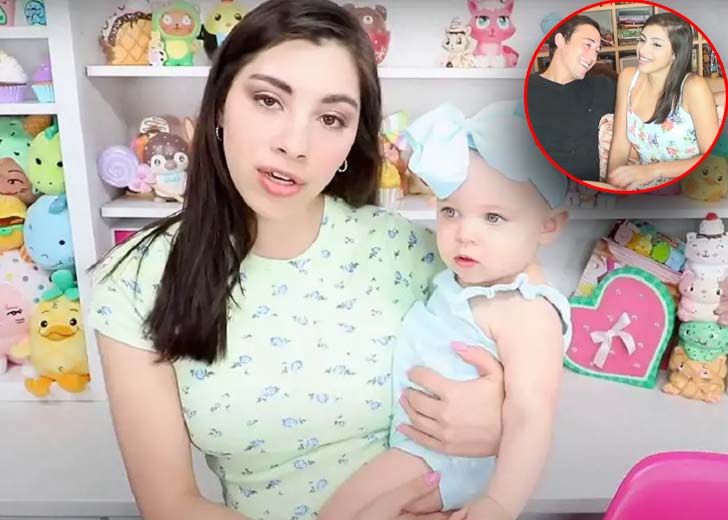 “I have one daughter, it is just one secret child. Nothing crazy,” Moriah Elizabeth revealed.

Moriah Elizabeth, an arts and crafts YouTube content creator, is a happily married woman. She revealed that she was married to a husband during a Q&A video on YouTube on September 10, 2018.

Her revelation was also shocking, as she disclosed that she got married at the age of 19. Born on November 14, 1994, the internet personality is presently 27 years old.

Who is Moriah Elizabeth’s husband?

While Elizabeth revealed she had a husband in her 2018 video, she eventually revealed that her husband’s name was Jordan in another Q&A video in April 2019.

And before she revealed his full details and that they were married, Jordan used to appear in her videos occasionally and was introduced to her viewers as her friend.

“His name is Jordan. He has been on the camera in the past. I’ll show you a couple of clips of him and me when we were teenagers. He looks a little different now, remarkably, I don’t. I’m not aging but it’s kind of scaring me,” she said in her 2019 video.

In addition, she was asked about when she will make a full-fledged video with her husband, to which she replied, “Probably, on his own time, though.”

The couple apparently tied the knot in a private wedding ceremony around 2013. That makes them married to each other for over 8 years as of 2022.

Elizabeth’s husband Jordan has featured in a number of her early YouTube videos.

In one of her very early videos titled ‘Worst Things to Say to a Girl,’ Jordan appeared in it. Posted in July 2012, the video’s description stated that they had to practice for about a half hour before filming because Jordan was very camera shy.

Moriah Elizabeth and husband Jordan have a baby together

Just like her marriage detail, Elizabeth also shocked her fans with the news of her baby. The YouTube star, in her July 2022 video, shared that she and her husband were blessed with a baby girl.

She shared that she is a mother — and she had hidden the details, from her pregnancy to her baby name, for a long time. But in the video, she disclosed that her daughter was 10 months old in July 2022.

“I have a child,” she revealed. “I have one daughter, it is just one secret child. Nothing crazy”

She added, “The last video I filmed while pregnancy was a dollar store makeover. I was eight months pregnant when I filmed this video. I raised my table up pretty high so that you couldn’t see my pregnancy.”

Going by that detail, it is apparent that her baby was born around October 2021.

Later in the video, she explained her reasons for not sharing the details earlier.

She said, “I kept putting it off because I was nervous about how you guys would feel about the fact that I didn’t share sooner. I didn’t want you to feel like I was trying to trick you. I hope you guys aren’t mad at me. Hope you guys understand why I waited so long to tell you.”

Elizabeth then added that she was not sure if she would ever reveal her baby’s name or post a video with her, as she wanted to respect her baby’s privacy. That being said, she ended up showing her daughter to her viewers in the video.