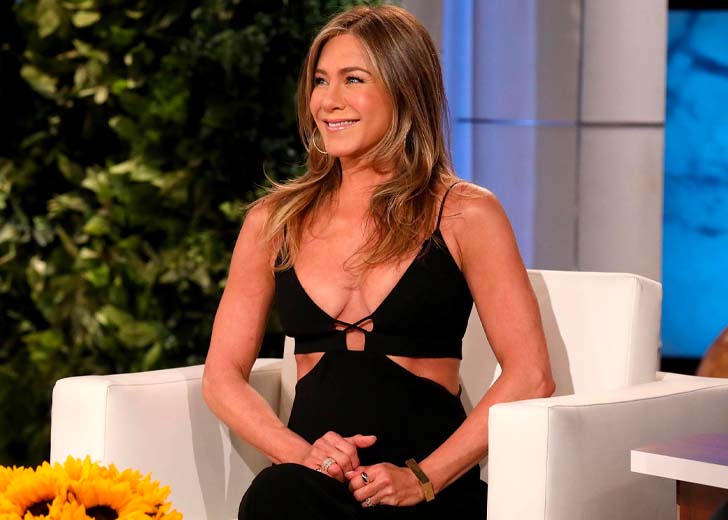 Jennifer Aniston wants to take a break from dating within the industry.

Jennifer Aniston‘s relationship status is often the talk of the town, with fans worldwide wondering if there is a man out there who has managed to win her heart.

The FRIENDS star has dated quite a few famous actors over time. Still, Aniston has kept her dating profile a secret lately, so whether or not she is dating anybody in 2022? Is there a lucky man who possesses Jennifer Aniston’s heart? Here is all you need to know.

Aniston is no longer dating and says in an interview with Sirius XM, “No one of value has yet crossed my radar, but I think it’s time.”

Her heart may be open to new experiences. Still, it appears to be closed to A-Listers for the time being, as she has sworn off dating celebrities, for the time being, claiming that it would be wonderful to take a break from dating within the industry following her split from actor Justin Theroux.

Aniston has dated various celebrities, some of whom will surprise you. Theroux isn’t the only one to blame for her new dating requirements.

Many social sites like the DatingCelebs have claimed that Aniston is not dating anyone and is currently single.

Jennifer and David Schwimmer were rumored to be dating after the F.R.I.N.D.S. reunion

According to Cosmopolitan, a source claimed that following the reunion, it was clear that reminiscing about the past had rekindled feelings for both of them and that the chemistry they’d always had to bury was still present.

They began texting immediately after filming, and David Schwimmer flew from his home in New York to see Aniston in Los Angeles.

The FRIENDS duo admitted to having crushes on each other at the Friends reunion. According to the source, the pair were “spending time at Jen’s home, where she’s cooked dinners in the evenings, and have enjoyed quality time together, chatting and laughing.”

“The pair was also seen drinking wine and conversing deeply while walking around one of Jen’s favorite vineyards in Santa Barbara. It was clear they had a lot of chemistry.”

However, the famous Hollywood tea page Deuxmoi took down the story, telling Twitter and Instagram followers, “Sorry, but this is not true” and “I forgot to add that I have it on excellent authority that this is not true.”

Aniston was also rumored to be dating Gabriel Aubry back in 2021, which was proven to be untrue by Duexmoi. “Yeah, idk about this one. He was definitely NOT who I heard her being with,” the outlet responded to the question.

Aniston’s first celebrity romance occurred in 1990 when she met Charlie Schlatter on the set of N.B.C.’s Ferris Bueller’s Day Off. The two allegedly dated briefly and had a “torrid” relationship.

After her breakup with Schlatter, Aniston began dating the late Daniel McDonald, Jon Stewart, Adam Duritz, and Tate Donovan. Still, her most stable relationship with a famous celebrity followed closely behind, with none other than Brad Pitt.

Pitt and Aniston married in 2000 after dating for two years; it was her first marriage. When it was discovered that Pitt had cheated on Aniston with Angelina Jolie, the two became America’s “it” couple, attracting much public attention and scrutiny.

According to reports, the rumors were too much for the couple, who divorced in 2005.

Despite her heartbreak, Aniston re-entered the dating scene with her The Breakup co-star Vince Vaughn. Even though they only started dating in 2006, she still cherishes and refers to him as her “defibrillator.”

In the years since, Aniston has dated or was thought to date Paul Sculfor, John Mayer, Bradley Cooper, and Gerard Butler, all of whom were short-lived relationships that helped her meet her second husband, Justin Theroux.