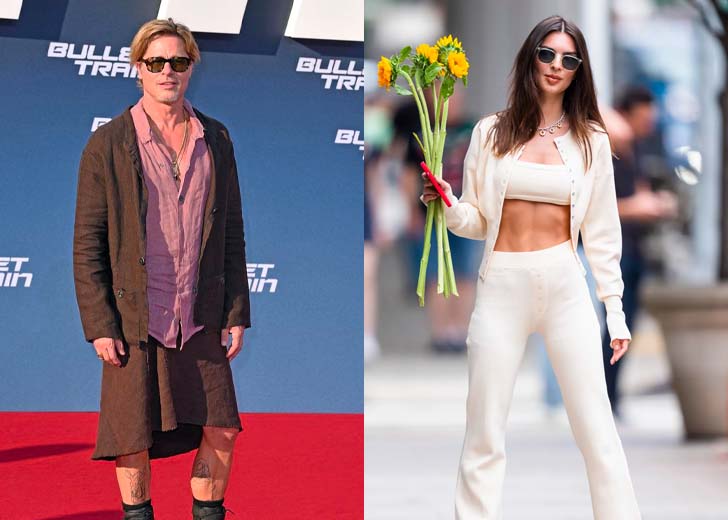 Emily Ratajkowski and Brad Pitt’s dating rumor has become a hot debate among the fans as they were seen holding hands in New York City.

Ratajkowski, also known as Emrata, is an American model, actress, and author of NYT bestseller My Body. She has played in movies such as Welcome Home, In Darkness, and Lying and Stealing — and in TV series such as iCarly, The Spoils Before Dying, Easy, and Ziwe.

Likewise, Pitt is also a household name in Hollywood. He is an actor and producer known for his incredible acting.

He is the recipient of various accolades, including an Academy Award, a British Academy Film Award, two Golden Globe Awards, two Screen Actors Guild Awards, and a Primetime Emmy Award.

The dating rumors circling Pitt and Ratajkowski came on August 11, 2022, once again via DeuxMoi, who in the past has speculated famous personalities dating other renowned individuals. While some of the speculations might be true, most of them turn out to be just a fluke.

DeuxMoi, an internet gossip media, shared the news in the stories section of her official Instagram account, claiming that “Pitt had recently dined with the model whose divorce keeps making headlines.”

Pitt and Ratajkowski had dinner at a very fancy Parisian restaurant in a private room for hours. Just two days after the first story, on August 15, the outlet uploaded another story sharing their opinion toward Pitt and Ratajkowski.

When a follower of DeuxMoi asked, “emrata update?” In response, DeuxMoi wrote, “Guys I really think she is actually dating Brad,” with a picture of Pitt and the model holding hands at Pearl oyster bar in the West Village, NYC.

However, nothing is confirmed as both of them have not spoken about the matter yet. Also, statements made by DeuxMoi have not been independently confirmed and do not claim any information published is based on fact.

Anyway, fans on Reddit had mixed feelings about the rumor. One of the users even said, “the chef part screams fanfiction.” Similarly, most of the fans were sarcastic, saying, “Emily in Paris screenwriter is that you.”

Ratajkowski was previously married to actor and producer Sebastian Bear-McClard, whom she dated several weeks before marriage. The wedding took place in a New York City courthouse wedding.

Together they welcomed their son on March 8, 2021. Sadly, Ratajkowski separated from her husband in July 2022 and filed for divorce after cheating on her.

Ratajkowski’s divorce from her ex-husband, McClard, has made several headlines in the past few months. But since the spotting with Pitt occurred, the fans’ focus was diverted from the model’s divorce to her dating life just within a few months.