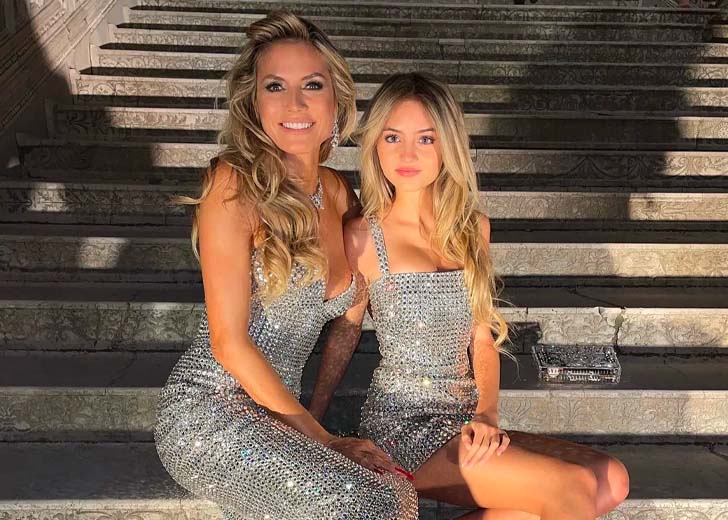 “Right now, college is on top of the list,” Heidi said.

Heidi Klum is one proud mother as her eldest child, daughter Leni Klum is set to make a move to New York City.

And although Leni is quite interested in modeling, Heidi has said that Leni’s move to New York City is primarily for studies only; a career in fashion is in second place.

Heidi revealed more details about her daughter’s move while speaking exclusively with Entertainment Tonight on August 15, 2022. She said, “I am [so proud]. You know, she has her head screwed on right.”

“Right now, college is on top of the list. It’s not modeling, and she’s really excited for that next chapter in her life,” America’s Got Talent judge added.

As she went on, the mother of four said that seeing her oldest child leaving the house is bittersweet, even though she will still have her remaining three kids. “Unfortunately, she is moving away from home,” Heidi said.

She continued, “Which is obviously sad but at the same time that she’s got enough to go for it. She’s moving to New York. I started in New York, so she knows New York inside and out because we shot Project Runway there for so many years.”

“So, she knows it well because I always move my family to New York when we were still filming. So, I think she’s going to have a good time, but my heart will be sad.”

In the end, Heidi talked about supporting Leni’s Big Apple dreams and said that her support isn’t only because New York City is like her second home but also because she knows what it takes to be successful in the industry. “I think any industry has positive and negative sides.”

Earlier this summer, in June 2022, Leni graduated from high school. On that special occasion, the proud mom shared a clip of Leni getting her diploma with the caption, “I am VERY proud of YOU @leniklum #Classof2022.”

Leni also shared a picture of herself on June 11, 2022, wearing a graduation robe and holding her certificate. “Class of 2022,” she wrote along with a blue heart.

As for Leni’s professional life, she has made quite the name for herself in the fashion industry since she made her modeling debut in Vogue Germany’s January/February 2021 issue, in which she was featured alongside her mother.

The 18-year-old New York aspirant, whose full name is Leni Olumi Klum, is the daughter of Heidi and her former partner, an Italian businessman named Flavio Briatore. Heidi split with Briatore when she was still pregnant with Leni.