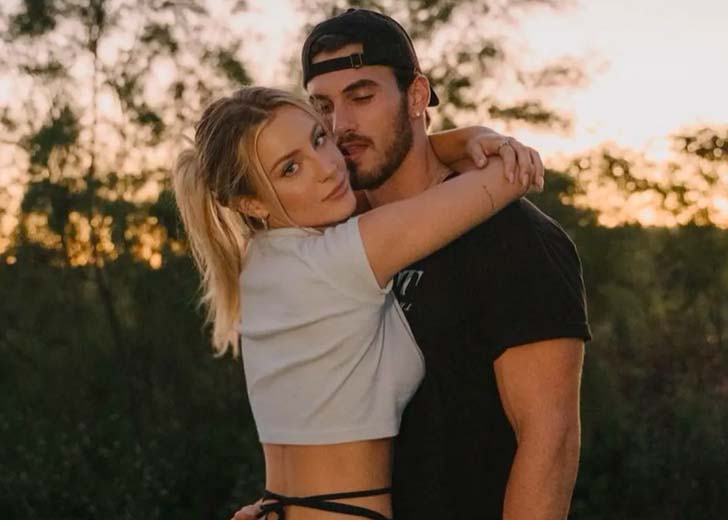 Michael Yerger and his girlfriend Daisy Keech are adorable together!

Michael Yerger and girlfriend Daisy Keech are the #couplegoals.

They have been together for a couple of years and constantly share their life on social media. From going on trips to wishing each other Happy Birthday —  the couple documents their lives, especially on Instagram.

Recently, Yerger took to Instagram to wish his girlfriend her birthday, and it was adorable!

On August 19, 2022, Keech turned 23. Many people wished her, but the one made by her boyfriend melted everyone’s heart.

She had uploaded a mirror selfie and captioned it “23.” Yerger left four comments under her picture, calling her great, amazing, how pretty she was, and also commented, “Happy birthday beautiful.”

Yerger also posted a picture of his girlfriend on his profile and wrote a lengthy caption for her. The photo was of the two about to kiss at some festival.

The model put the location for the post as “Birthday Girl” and started his caption by saying, “happy 23rd birthday to my favorite person in the whole world.”

He then dubbed her his best friend, business partner, and the love of his life. He appreciated her for having the “purest heart and the most beautiful soul.”

He credited her for giving him “something new to love every single day.” At last, Yerger ended this caption by saying he was proud of his girlfriend and the woman she had become over the years.

He wrote, “I love you endlessly— here’s to many more.” Keech was moved by his post and commented underneath it, “Crying 🥲🥲♥️🫶🏼 I love u baby.”

Yerger and Keech are definitely the “It Couple” on social media right now. However, their dating life was full of drama when they first started dating.

This was mainly because of Yerger’s alleged former girlfriend, Nikita Dragun.

Yerger and Dragun’s relationship began as a business transaction. In October 2018, Dragun hired him to portray her boyfriend in a video.

After the video’s release, the two began to appear together on social media. Yerger appeared in promotional videos for Dragun Beauty and other projects, such as the music video for Paris Hilton’s song ‘Best Friend’s A**.’

Yerger and Dragun appeared to be an item, and Dragun confirmed their relationship in a March 2019 Q&A video. Dragun admitted, however, that she was hesitant to enter a relationship because she had never been in one before.

Dragun fell deeply in love with Yerger and believed they were dating. She believed he shared her feelings when they became physically intimate.

The couple convinced everyone on the internet that they were dating. In July 2019, Dragun delivered the bombshell in a video titled ‘I Got My Heart Broken,’ shattering the fairytale relationship.

Yerger retaliated by stating that he and Dragun had never had a consensual relationship. In a lengthy Instagram Stories post, he claimed that Dragun’s modeling agency recruited him to play her boyfriend.

In addition, he claimed that his friendship with Dragun advanced his career, although he never asked for anything in return. Yerger reported that he became uneasy when the videos he produced with Dragun became more graphic.

He added that it was challenging to film the Q&A video because he had to lie about the details of their fictitious relationship. He desired to leave this phony relationship, but he was immersed in the life that Dragun provided.

Therefore, he did everything he could to avoid a serious relationship with Dragun, and he invented reasons to avoid being alone with her. He denied her allegations of cheating on her by asserting that their performance at Coachella was merely a business transaction and that he was under no obligation to remain faithful.

Yerger never shared Dragun’s perception that their business transaction had evolved into a romantic relationship. The pair eventually moved on from this drama, and Yerger started dating Keech.

However, Dragun continued to hurl insults at Yerger and Keech, as evidenced by Dragun’s debut single ‘D**K.’ Dragun called out Yerger’s current girlfriend, but Yerger and Keech have always stood firm and defended their relationship.