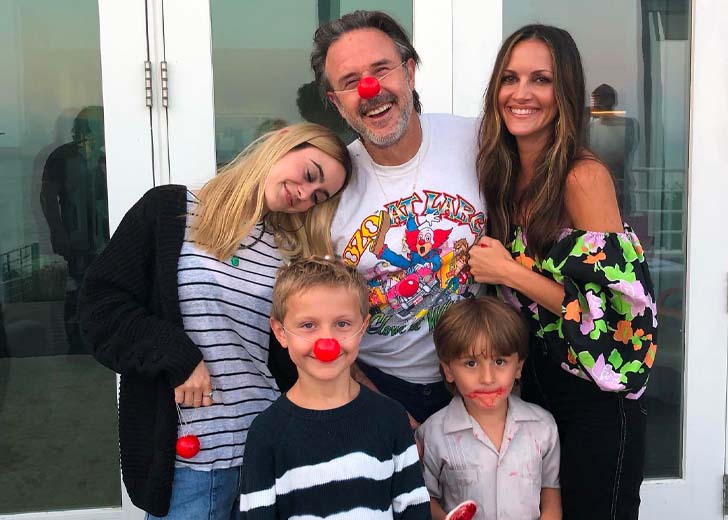 David Arquette and his wife have a good bond with the actor’s daughter from a previous relationship.

David Arquette is a former professional wrestler and an American actor. He is well known for his role as Dewey Riley in the movie Scream, for which he won two Blockbuster Entertainment Awards and a Teen Choice Award.

He has played in numerous movies, including Blackjack: The Jackie Ryan Story, You Cannot Kill David Arquette, Dr. Bird’s Advice for Sad Poets, and Ghosts of the Ozarks.

Arquette will also be appearing in the upcoming movie Heartland where he will be playing the role of Elliot.

As a wrestler, he is best remembered for his 2000 stint in World Championship Wrestling, where he won the WCW World Heavyweight Championship.

When Arquette was going through a divorce with his ex-wife and actress Courteney Cox, he told E! News that he preferred to spend time with one person who “makes me feel good and that I can make feel good.”

And looks like he found the one in Christina McLarty, an Entertainment Tonight correspondent.

Arquette started dating McLarty in 2011 and revealed they were expecting their first child together in November 2013.

In 2014, the pair welcomed their first son, Charlie, and in 2017, McLarty gave birth to their second son, Augustus.

In between, the couple got married on April 12, 2015, after their first son was born. Arquette has a daughter named Coco from his previous relationship with Cox.

As per The List, their blended family is harmonious, with Cox confirming in 2014 that the foursome, including Coco, had recently enjoyed dinner together. Meanwhile, in 2019, Arquette told Closer Weekly that fatherhood was everything to him, revealing, “it gives you a new perspective on life.”

On May 8, 2022, Arquette took some time out of his busy schedule to wish mother’s day to his wife. He uploaded a picture of his wife and children, saying, “Happy Mother’s Day @christinaarquette! Thank you for being such a wonderful mother to Charlie and Gus and stepmother to Coco.”

Arquette portrayed the role of Dewey Riley, a legacy survivor and former town sheriff, in the latest film Scream. The movie is the fifth installment in the Scream film series, a direct sequel to Scream 4.

Interestingly, the ex-wife of Arquette, Cox, could also be seen in the movie, where she played the role of Gale Weathers, a divorcee morning host, legacy survivor, and inactive author.

He described the experience as a cathartic experience, as per The New York Times.

Arquette added, “It’s been 25 years of our lives. We’ve grown up together. We have a child together. It’s a cathartic experience to just be able to act opposite Courteney.”

Neve Campbell, Jack Quaid, Mikey Madison, Dylan Minnette, Skeet Ulrich, and Heather Matarazzo are some of the famous personalities who can be seen in the movie.

Spoiler alert: The film takes place twenty-five years after the original Woodsboro murders took place when yet another Ghostface appears and starts targeting a group of teenagers that are somehow linked to the original murders.