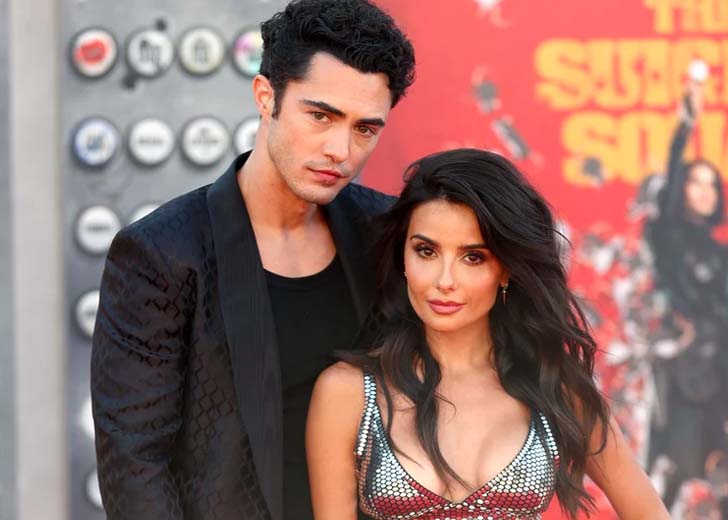 Darren Barnet‘s personal life has been a subject of interest since he starred in the Netflix show, Never Have I Ever.

Barnet actually has a girlfriend named Mikaela Hoover. It seems like the pair have been together for a while.

However, as of 2022, neither of the pair has commented on their love life. In 2021, they posted pictures of one another on their social media.

Similarly, they also made red carpet appearances, telling the world they were dating. Unfortunately, there is no information about the couple as of recent.

As said before, Barnet’s publicly known recent girlfriend is Hoover. But fans speculate that the couple has broken up due to their lack of recent public posts about one another.

They have been commenting on the couple’s respective Instagrams, asking if they are still dating or have broken up. Unfortunately, neither Barnet nor Hoover have made any statement about their relationship.

On the other hand, except for their birthday posts, the duo have posted very little about their relationship. They have only made a few red carpet appearances and tend to hide their love life from the limelight.

Similarly, they still have pictures of one another on their social media. So it’s possible they are still together and simply keeping their relationship under wraps.

But unless Barnet confirms that Hoover is still his girlfriend or vice versa, nothing can be said for sure.

Like Barnet, his girlfriend is also involved in the entertainment industry. In fact, they co-starred in the Netflix film Love Hard, a Christmas-themed film.

Talking about her nationality and ethnicity, the actress is American. She was born and raised in Washington, D.C., and is of Iranian and Italian descent.

It is reported that she was born in 1984, making her 38 years old as of 2022. According to her Instagram, she is an Ambassador for Global Down Syndrome.

She often advocates for Down Syndrome and spreads awareness on her social media.

Talking about her relationship with Barnet, it is unknown when the pair started dating. However, it seems like they were together before early 2021. This is because the couple made their love life public on Instagram in April 2021. Hoover posted a sweet polaroid of herself and her new beau for his birthday.

“You make me happy. Happy Birthday Angel,” she wrote as the caption. Braff posted the same picture on the occasion of Hoover’s birthday in July 2021 and wrote, “Happy birthday, love. Today is for you.”

Then, in August, the pair made their red carpet debut by engaging in a full-blown PDA session at the red carpet event for Suicide Squad. Hoover wore a sequined two-piece suit while Barnet wore a dark tuxedo.

In the captions, she wrote how the event was their first date to a movie theater in over a year. This led many to believe that the pair started dating in 2020 amidst the COVID-19 lockdown.

Hoover apologized to her partner for the PDA on the carpet and wrote, “My apologies to B for licking your face at such a fancy event. Can’t take me anywhere.”

Since then, the pair has posted anything about one another on social media.