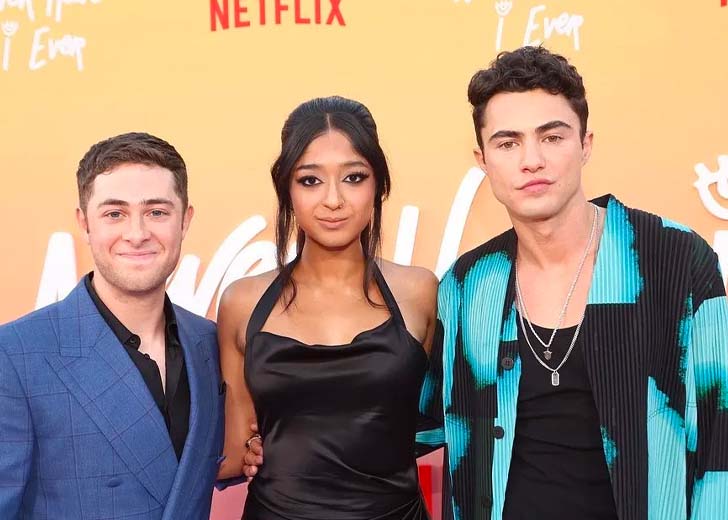 “I felt like I couldn’t fit in anywhere,” Darren Barnet said.

Netflix recently released the 3rd season of the popular teen series Never Have I Ever, and the actors have received a huge fan following. It’s no different for Darren Barnet, who portrays Paxton Hall-Yoshida, a senior student with mixed Japanese-American heritage.

Barnet, an American actor, has also appeared in the Netflix films American Pie Presents: Girls Rule and Love Hard, in addition to Never Have I Ever.

For the actor, his character is not just his story in the drama; the Japanese heritages follow him in real life, too.

Barnet was born in Los Angeles on April 27, 1991. His mother is Swedish of Japanese origin, while his father is American of German and Cherokee descent.

Charlie Barnet, the swing musician, was Barnet’s grandpa. In addition, the actor has an elder and a younger sister.

At 12, Barnet and his mother moved to the Orlando suburbs. He graduated from Dr. Phillips High School in 2009 as the lacrosse team captain.

He often mentions his parents during interviews. In an interview with Brieftake, Barnet said, “My Mom, in real life, is Japanese, and she always pushed me to the edge, and people would overlook that.”

“This kind of character where things came easy to him, Paxton that is, but there’s a lot more going on. I’m sure he’s also used to being judged very quickly.”

He received a Bachelor of Arts in 2013 from Berry College, where he performed in plays and short films. He aspired to be an actor from age five but did not pursue it actively until college.

Moreover, he speaks Japanese, is fluent in Spanish, and has studied French.

Darren Barnet’s character was actually inspired by his Japanese heritage

The character Barnet played was initially supposed to be Paxton Hall, with no mixed backgrounds or ethnicity. But his original ethnic background inspired the writers to add it later in the show.

With Brieftake, Barnet shared that the set was so collaborative that he and their A.D., Yuko Okuda, spoke Japanese to each other.

“I enjoy any opportunity to practice my Japanese, so we were speaking Japanese when Mindy or Lang approached me,” the actor said in an interview.

To which they asked if he was Japanese or spoke the language. Barnet replied that his mom is Japanese, and he has learned from his mother.

Mindy or Lang replied, “we’d love to include it into your character, do you mind?” “Of course, let’s do it!” Barnet mentioned he agreed to the idea.

As a result, his character’s name changed from Paxton Hall to Paxton Hall-Yoshida. “That was awesome,” said the actor to the interviewer.

Barnet has always been proud of his roots. However, after going to Florida, he was mocked by his peers for being Japanese.

“I felt like I couldn’t fit in anywhere,” he added during a media conversation.

“Even when I first started acting, I never really thought about leaning into my Japanese heritage because there’s this feeling I have that I’m not Asian enough to do it. And I felt like if I was cast as a distinctly Asian character, there’d be controversy around that.”

Everything changed once he was cast in Never Have I Ever.

Tags: Darren Barnet,Netflix,Never Have I Ever