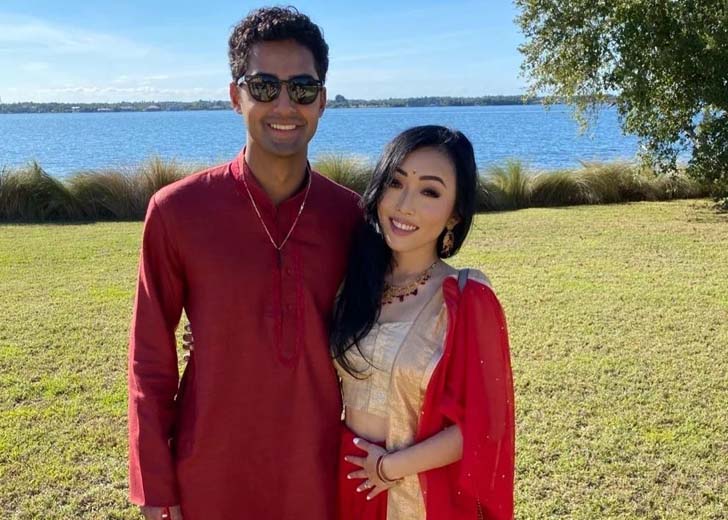 Anirudh Pisharody is an American-born South Asian actor who recently joined the cast of the third season of Netflix‘s popular teen drama Never Have I Ever, starring Maitreyi Ramakrishnan as Devi Vishwakumar.

He will portray the recurring role of Des – short for Nirdesh – in five episodes of the upcoming third season, scheduled for release on August 12, 2022. Deadline has described the character as “an Indian American teen who’s as smart as Devi but goes to an elite private school.”

Besides this, Pisharody has earned a reputation in the entertainment industry through his pivotal roles in multiple TV shows such as Totally TV, Chicken Girls, The Goldbergs, 9-1-1, and the thriller TV movie titled Killer Competition.

With a surge in his popularity after being cast in Never Have I Ever, fans of the Netflix show have been keen to know more about him. And as the show focuses on relationships, people are particularly interested in Pisharody’s personal life!

Does Anirudh Pisharody have a wife?

Pisharody is yet to get married and thus doesn’t have a wife. However, he does have a beautiful fiance with whom he will get married sometime in the future. His fiance’s name is Jill Von Dae – a Los Angeles-based Chinese-Canadian director, producer, and screenwriter.

They have been engaged since 2019. On July 4, 2019, the actor went down on his knees and asked his girlfriend for her hand in marriage. She said yes, and they got engaged.

Over a week later, on July 14, Dae posted a picture alongside her partner to thank everyone that made their engagement so sweet. In addition, she revealed her love for Rome and all things Roman that she shares with Pisharody and that their wedding will be held in Rome.

She wrote, “@anirudh.pisharody and I have always had an ethereal and inexplainable fixation with Rome and all things Roman. He knew how to make it unforgettable by sharing a day of looking at 16th-17th century Italian art….”

“…inside architecture that was even older, with me. So, it’s only fitting that our wedding will be in Rome!”

On August 4, 2019, the engaged couple held a lovely engagement party to which their close friends and other people were invited. Several snaps from their engagement day to the party have been featured in Dae’s Instagram story highlights.

Since their engagement, Pisharody and Dae have always been together, as they have in the past. The two presently reside together in Los Angeles, California, alongside their two pet dogs named Biscuit and Maisy.

As Pisharody revealed in his Valentine’s Day post of 2021, he and his future wife first met each other in the parking lot of a grocery store in early 2015.

What started as friends eventually turned into a romantic relationship when they officially started dating on April 10, 2015. Following that day to now, the duo has stayed together through thick and thin.

Similarly, their shared love for movies brought them even closer. Besides, around two years after starting their relationship, in March 2017, they co-founded a production company named Black Velvet Films.

Under their production company, they have produced multiple short movies and feature films. Additionally, the two have been to several attractive destinations worldwide for their profession, but mainly to spend some quality time with each other.

If we glance at Pisharody and Dae’s respective Instagram handles, we can see them sharing multiple pictures alongside each other in several places of the world, such as California, Tokyo, New York, London, and Hong Kong.

On April 6, 2022, Dae celebrated her 28th birthday alongside her boyfriend and several other friends. Pisharody is only a few months older than his girlfriend — he was born on January 4, 1994, whereas Dae was born on April 6, 1994.

And just a few days after her birthday, on April 10, the couple marked seven years of their relationship. Let’s hope their togetherness remains the same, filled with happiness, and get married soon.