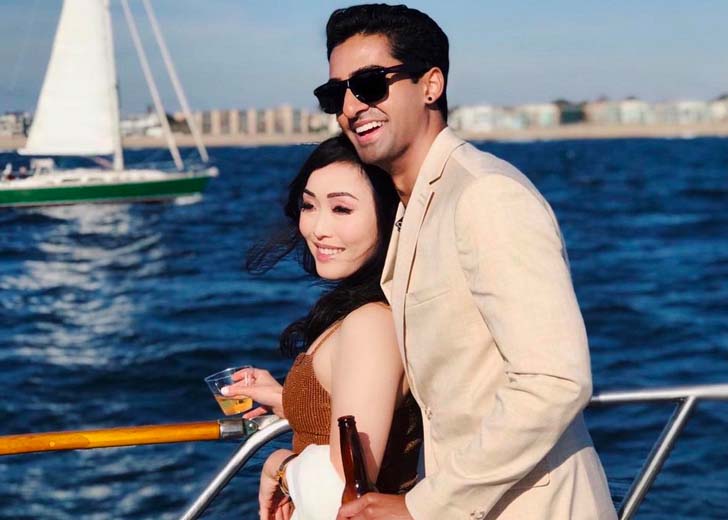 Pisharody said, “I told my parents, I don’t think medicine is really for me. I just don’t have the passion there. I’d love to play a doctor on TV, but I’m not doing this.”

Just a few days back, actor Anirudh Pisharody’s wife Jill V. Dae went on her Instagram account to reveal how hard it was for her husband to make the transition from medical school to acting.

Pisharody was born in India but was raised in Texas. Strict cultural and parental pressure drove him on a medical path, but his heart was in the entertainment industry.

The actor told People, “When I turned 18, my parents, who are immigrants from India, were like, ‘Maybe do something that’s a bit more stable.’ Even as a kid, I never seriously took acting as something that I could do for a living.”

After graduating in Public Health from The University of Texas at Austin, Pisharody realized it was now or never to chase his dreams. As in the film, he packed his suitcase and moved to Los Angeles to pursue his dream.

Jill V. Dae discusses the beginning of her husband’s career

Dae posted a picture of her and her husband explaining the starting point of Pisharody’s career. She captioned the photo, “I’m so incredibly proud of @anirudh.pisharody. When he first joined me in LA, he was still studying for med school – depressed and unfulfilled.”

She continued, “Taking a leap of faith to chase his dreams was never easy, and we’ve had our lowest lows together. I remember telling him one day I’m going to see you on one of these LA billboards, I promise, I know it! Today that dream came true.”

Dae ended her message by saying, “I’m SO excited the world finally gets to meet you and your heart of gold.”

The pair has been together since 2015, and finally, on July 4, 2019, the actor went down on his knees and proposed to Dae. After a few years of getting engaged, Pisharody, via his Instagram, announced to the world that he had gotten married.

In an Instagram post dated February 15, 2021, the actor wished her wife Happy Valentine’s Day and described their journey of how far they have come together.

The post contained a picture and a long caption where he explained, “From meeting in a grocery store parking lot to dating and having two gerbil dogs, to getting married, the past 6 years have been a whirlwind of adventures and excitement.”

He continued, “I can’t wait to see what our future holds. You’ve been there for me through thick and thin, and if it wasn’t for you I would never have tapped into my artistry and plunged into this industry.”

Dae is the wife of the actor and producer, Pisharody. Profession-wise, she is a Chinese-Canadian director originally from Hong Kong.

According to blackvelvetfilms, Dae was awarded “30 Under 30 Filmmakers to Watch” by the Los Angeles Film Awards Association for her winning film Rebirth in 2018. The movie also won awards across five countries.

She co-founded Black Velvet Films with the specific intention of broadening the horizon on diverse voices.