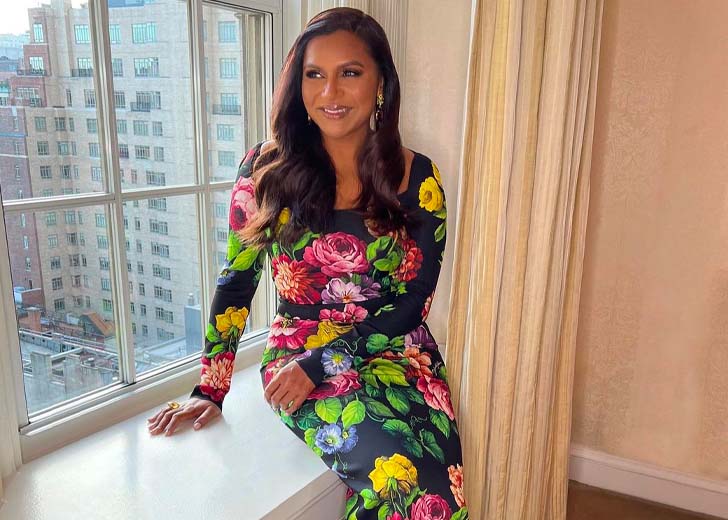 Mindy Kaling has been on the rise ever since she first gained the limelight by playing the role of chatterbox Kelly Kapoor in NBC’s The Office – she also served as the writer and director. After leaving the mockumentary, she created, produced, and starred in The Mindy Project.

In addition, she has created more hit shows, including Champions, Four Weddings and a Funeral, Never Have I Ever, and The Sex Lives of College Girls. Season three of Never Have I Ever recently aired on Netflix, with season 4 premiering in 2023.

As an established actress and show creator, Kaling has an almost hectic schedule. But, that has never stopped her from fulfilling her personal life duties, which is taking care of her two children.

That’s right! The Cambridge native actress is a mother of two kids: a daughter named Katherine Swati (b. December 15, 2017) and a son named Spencer (b. September 3, 2020). Spencer was born during the middle of the pandemic, and no one knew Kaling was pregnant.

However, that wasn’t the only thing that no one knew, as it’s still unknown who is the father of Kaling’s children. And the reason why she hasn’t revealed that detail might go beyond privacy.

In her June 2019 interview with The New York Times, Kaling said she had committed to her daughter. She said, “My feeling is that until I speak to my daughter about that, I’m not going to talk to anyone else about it.”

But rest assured, she isn’t married to a husband. The revelation came from the 43-year-old comedian’s interview with Today in late October 2020. During the interview, Kaling opened up about her The Office co-star B. J. Novak’s role in her kids’ lives.

Kaling and Novak are former lovers who currently have a great friendship, and Novak is even the godfather of Kaling’s children. “You know, he [Novak] said the funniest thing because he’s so attached to my older child, my daughter,” Kaling told Today before confirming she didn’t have a husband.

In the end, Kaling told Today that Novak has always taken his role as a godfather seriously. “He said the funniest thing; he was like, ‘Can you sue for god-paternity rights?’ He just loves her [Kaling’s daughter] so much,” the actress added.

During her 2015 interview with Good Housekeeping, she mentioned that she wanted to get married and have kids when she was younger, mainly due to her parents’ blissful marital relationship. But that view has changed over the years.

In the same interview, she talked about her relationship with Novak and said, “I’m definitely not in the friends-with-my-exes camp. But B.J. has the stamp for life as a friend. My mom loved him. He feels like family.”

In May 2019, Kaling told Good Housekeeping that Novak is her daughter’s godfather. She said, “But the truth is that B.J. is so much more like family now than a platonic friend. He’s the godfather to my daughter, he comes over like once a week. Sometimes he’ll come over just to hang out with her.”

More recently, in August 2022, the actress opened up about the talks of Novak being her children’s father during her interview with Marie Claire. Kaling said that she isn’t bothered by those rumors and stressed that Novak is a vital part of her kids’ lives.

She continued, “(Novak is) the godparent to both my kids – and they have such a great relationship – and so far (the rumors haven’t) affected my happiness at all, it hasn’t affected my kids or B.J. If that’s what is going to be titillating to people, I’ll take it.”

So, that does it then. Kaling doesn’t have plans for a wedding in the foreseeable time. On the other hand, she and Novak are good friends who dated for a while, both on-screen and off-screen, but later remained great friends.