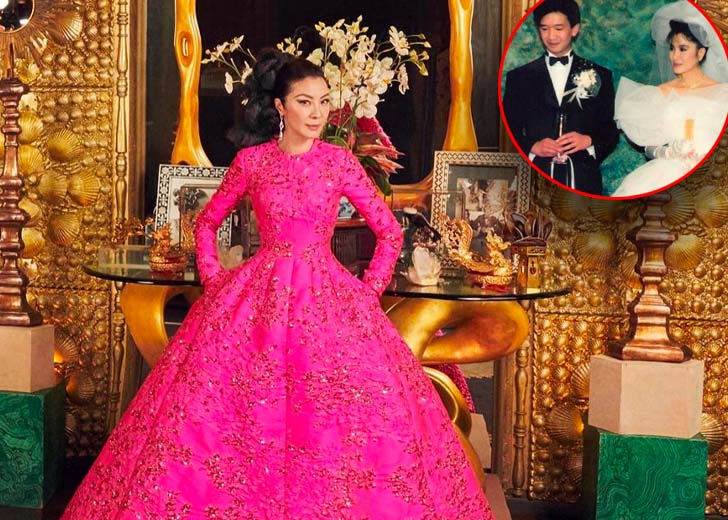 Many people value their family over their careers. A considerable number of women have sacrificed their jobs, even if it is for the time being, for their husband and children.

Michelle Yeoh was one of them.

Yeoh is one of the most recognizable actresses in the film business, but her personal life is almost as interesting as her professional one.

She has been active in the industry since the 1980s and is one of the highest-paid Asian actresses. She has been in numerous blockbuster films, including Crouching Dragon, Hidden Tiger, Crazy Rich Asians, Shang-Chi and the Legend of the Ten Rings, and Everything Everywhere All at Once.

Yeoh took a sabbatical from performing in the late 1980s due to her marriage to Hong Kong executive Dickson Poon. The pair wed in 1988 and later divorced in 1991.

Here is everything we know about Yeoh and her family life.

Yeoh met Poon for the first time on the set of Yes, Madam. Yeoh portrayed Inspector Ng in the action film, while Poon served as the film’s producer.

After their initial encounter, they continued spending time together and grew closer. Eventually, the pair got married.

Yeoh was 28 then, and she decided it was her time to settle down even though she was young.

In a March 2022 interview with Bustle, she said, “At 28 years old, I decided maybe it was time to settle down, get married, and have a new life.” After getting married to her husband, Yeon took a break from her career.

Michelle Yeon took a break from acting after getting married to her first husband, Dickson Poon, to have children. (Source: Instagram)

The actress clarified that it was her “conscious decision” to give up acting. She said it was not her husband’s fault or his family who told her to take a sabbatical.

Instead, she chose to leave since she is “not a good multitasker.” She believed that she could not be working if she had children and vice versa.

She noted how much she respected fellow actresses who could juggle acting and being a mother. She said, “ It blew my mind. I felt if I continued acting, I’d be constantly away from home. I couldn’t understand how I could have a full [career while] being married.”

As a result, she took a step back and planned on starting a family. She explained that having children with her partner was her “new career move.”

Unfortunately, things did not go as planned. Yeon could not have children, so she did not want to have a bitter life with her spouse.

She pointed out that in Asian families, having children with your partner is expected to extend family and legacy. But sadly, Yeon could not have any.

She said, “And when you have the realization [that you can’t have kids], you have to deal with it. You deal with the curveballs that are thrown at you.”

Eventually, the pair got a divorce and went separate ways.

Yeoh was engaged to American physician Alan Heldman in 1998. She began dating her current partner Jean Todt in 2004.

After meeting in Shangai, the couple started dating in 2004 and have been together ever since.

She announced her engagement to him in July 2008 in an interview with Craig Ferguson on CBS’s The Late Late Show. The pair looks to be happy together despite their 16-year age gap.

Like her previous spouse, Yeon does not have any children with Todt. However, she is a stepmother to Nicholas, Todt’s son from an earlier relationship.

Todt and Yeoh have been engaged for more than ten years. However, they are yet to tie the knot.

There are various rumors that the pair is already married, but everything is just speculation unless Yeoh and Todt confirm it.