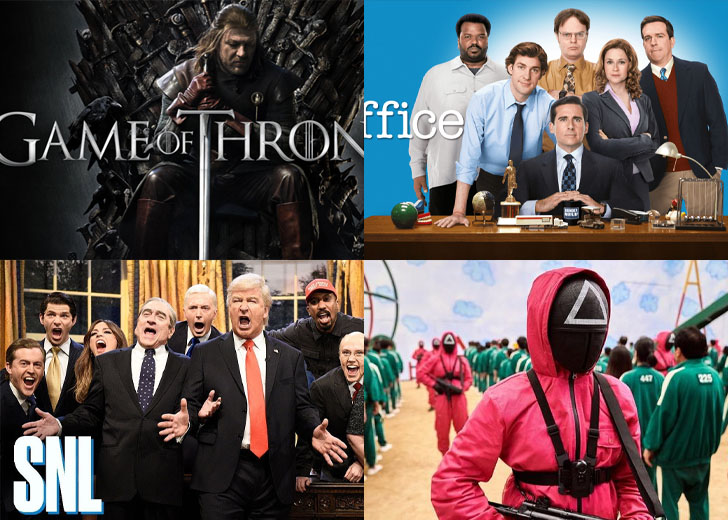 After reading this, go and watch them all!

There are several TV series and shows to pick from on various networks, and many new series are produced each year. Yet some shows are worth watching at least once in a lifetime. Due to their attention to detail, brilliant narrative, and outstanding performers, these award-winning productions have garnered the respect of audiences all around the world.

If you’re overwhelmed by the number of choices and don’t know where to begin, start with the award-winning series. With the Xfinity TV packages, you can watch these and all of your other favorite shows and movies in high definition. With a channel line-up of around 200 channels, you can enjoy all of your favorite shows in high-quality video streaming.

If you are wondering what series to watch first, we have handpicked some of the best award-winning TV series of all time that you can watch and even re-watch right now.

Game of Thrones‘ narrative was adapted from George R. R. Martin’s fantasy novel series ‘A Song of Ice and Fire by series authors David Benioff and D. B. Weiss. The series is based on a civil war in a medieval city, and fans have given it a following unlike any other. It’s amazing how a series can amass such a large following in such a short period. With an eight-season run, the series is one of HBO’s most long-running shows.

Schitt’s Creek is a six-season Canadian sitcom that aired on CBC Television. Schitt’s Creek has received several awards and nominations for best comedy series for its storyline focusing on a formerly privileged family’s troubles.

The show’s seven Emmys and two Golden Globes aren’t the only awards for the show’s quirky-sweet joke structure and its cast’s rock-solid key comic performances; they’re also a standing ovation from the audience for helping them get through the miserable quarantine days. Schitt’s Creek is an excellent choice if you’re searching for a good chuckle and a series with a happy finish (no more spoilers).

NBC developed SNL popularly known as Saturday Night Live as an interesting live comedy show targeting audiences aged 18 to 34. Dick Ebersol and Lorne Michaels returned to establish the 90-minute show after a short-term hiatus in the early 1980s, with Lorne Michaels resumed as a writer and executive producer. Each episode features the show’s normal cast of comedic characters, as a guest host or a musical guest.

Every episode begins with an opening skit that ends with “its Saturday Night Live from New York!” Filming in front of an audience and going live gives this program a certain edge, resulting in many memorable moments along with a little taste of some controversies here and there.

The amazing acting of Benedict Cumberbatch as the all-time famous fictional detective Sherlock Holmes has won the series around 24 awards and 42 nominations so far.

The Sherlock Holmes detective novels by Sir Arthur Conan Doyle are the inspiration for the British crime series. The plot centers on Sherlock Holmes and his roommate and buddy, Dr. John Watson, solving different puzzles in modern-day London.

Although Detective Inspector Greg Lestrade (played by Rupert Graves) and others are first cynical of Holmes, his superior brilliance and keen observational skills gradually win them over. Sherlock is a must-watch for anybody who likes crime and mystery shows.

You, like the majority of people on the earth, may have already seen this series. The Office has been regarded as the pinnacle of humor since its premiere, owing to its outstanding cast and compelling stories.

Its distinctive twist on mockumentary style is another key factor in its success. A mockumentary is a documentary show that depicts fictitious events as if they were real.

The sitcom has spawned a slew of popular memes and jokes, and the show’s language has become a frequent source of puns. If you haven’t seen this show yet, you should do so immediately since it isn’t anything you should miss in your life.

This is yet another comedy series that, like any other normal person on the earth, we presume you have either seen or heard of.

The sitcom follows six friends and their day-to-day shenanigans and comedy, which have become well-known among viewers for being relatable, easygoing, and sincere. The show has won around 65 awards and hundreds of nominations making it one of the most loved shows of all time.

During the quarantine, the series gained a considerably larger fan following since it provided an excellent and humorous escape from the horrible reality. If you’ve seen this show before, it’s probably time for a revisit and some heartfelt laughter.

The storyline of this series revolves around indebted South Koreans who are forced to play a violent children’s game in return for a significant sum of money by a Mafia. The producer, Hwang Dong-Hyuk, came up with the idea after meditating on his early economic struggles, as well as South Korea’s class divide and capitalism.

Since its premiere on September 17, the South Korean thriller has become a worldwide sensation. With distinctly recognized clothes and sadistic narrative twists that invite itself to limitless analysis, the series is well-performed and visually stunning. Within a few months of its premiere, the series won three Golden Globes and became one of the most-watched series on television.

Winding it all up

There is no better way to choose your next TV series than to watch some of the finest award-winning shows, and we’ve compiled a list of seven of our all-time favorites that you must watch at least once.