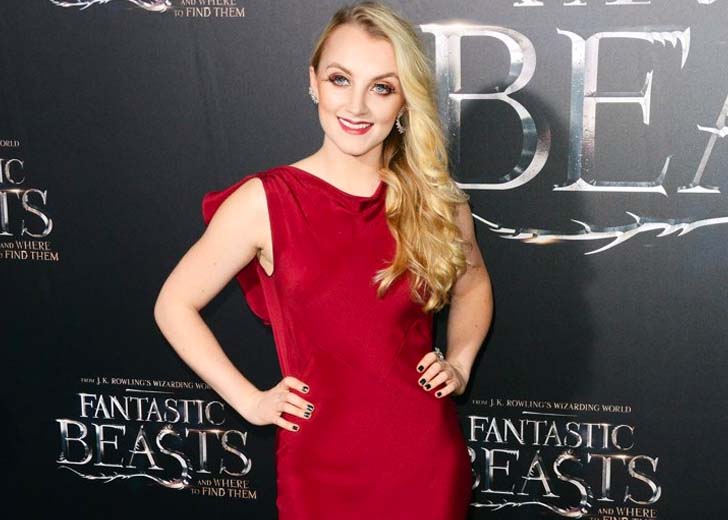 “I spent 5 years in LA and then moved back to London to pursue my interest in theatre, where Puff and I now live,” the actress wrote.

Evanna Lynch is an Irish actor and activist who is known for playing the role of Luna Lovegood in the famous film series Harry Potter. The film series is based on novels of the same name by J.K Rowling.

Hailing from County Louth, Ireland, Lynch has appeared in several other movies, including G.B.F., My Name Is Emily, Madness in the Method, and Addiction: A 60’s Love Story.

Her television roles include Bridget Riordan in Danny and the Hunan Zoo and Paisley Robertson in Silent Witness. She was also a contestant in Dancing with the Stars.

Where is Evanna Lynch now?

The actress became famous after her appearance in Harry Potter. Since Harry Potter ended, the actress has been involved in numerous projects.

In 2012, Lynch went on to guest star as Princess Alehna in the television series Sinbad. After a year, in 2013, she starred in the teen comedy film G.B.F., which received positive reviews. The same year, she portrayed the role of Bess Houdini in the British stage production of Houdini.

In 2018, Lynch entered Dancing with the Stars as a contestant and was able to secure third place in the competition finale with her professional partner Keo Motsepe.

Besides acting, she is involved in different charity works. She is a member of the Board of Advisors for the Harry Potter Alliance (H.P.A.). With H.P.A., she has supported same-sex marriage in Maine.

She advocates for veganism and animal rights. She was the first person to sign the petition against live export in the On Cow tour, an event organized by Compassion in World Farming. In October 2019, Lynch won the Lovie Award winner for her activism.

Lynch co-founded, along with Daniella Monet, the vegan, and cruelty-free make-up and beauty care box Kinder Beauty Box in November 2018.

Also an author, her book, The Opposite of Butterfly Hunting: The Tragedy and Glory of Growing Up, was published in 2021. The book talks about her recovery from anorexia.

Sharing her recent life on her official website, Lynch wrote, “I spent 5 years in LA and then moved back to London to pursue my interest in theatre, where Puff and I now live.”

Her parents are Marguerite and Donal Lynch. She also has two elder sisters and one younger brother.

Speaking of her height, the Irish actress is 5 feet and 2 inches tall.

The actress, however, seems to be single at the moment as she has not posted anything on her Instagram account that indicates her love life.

But in the past, she dated Robbie Jarvis for nine years. They eventually separated due to personal reasons. Since then, Lynch has not revealed anything about her dating life to the media.