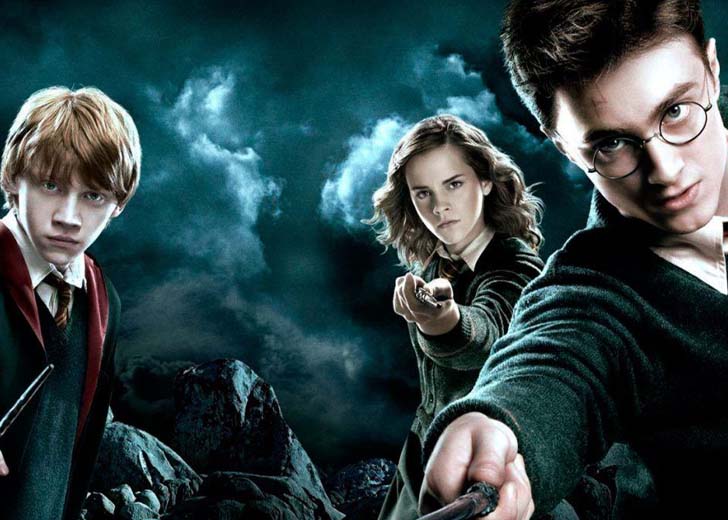 Although Harry Potter did not win any Oscars with its 8 films, there is no denying how popular it is around the world and the huge fan base it has today.

Moreover, this year is going to take Harry Potter fans to the limit. Hogwarts Legacy is launching in holiday 2022, meaning likely November or December! It is just around the corner!

Meanwhile, you can try the finest 10 video games developers ever made.

Of course, Harry Potter is cool. It should be remembered, however, that this little boy could never have been born, nor achieved all that he has so far, without the help of the great J.K. Rowling. She is the creator of Harry Potter and gets all the credit for it.

The 8 movies, that were released on the big screen, were based on the books written by this incredible writer.

Yes, you may still be wondering why Harry Potter has gained so much fame around the world. Here is the answer. The best thing about Harry Potter is that it doesn’t leave you just fascinated by the magic, but stirs up many emotions.

Yes, although the plot has a lot to do with fantasy, the problems Harry has to deal with, from a young age, are all too human, which put the people at ease.

J.K. Rowling wrote the Harry Potter books for kids but also, she did it for their parents. That is why this story is superb. And as you grow older, you will realize more things, even those that you could not perceive despite having seen or read the story more than once.

When you are a child, you don’t understand the meaning of things. Calling a group of individuals “muggles” may be normal for a child. They are ordinary people. However, for an adult, this may be considered discrimination.

Racial prejudice was a big factor in the wizarding world. Calling those human beings who have no magical ability “muggles” or “dirty bloods”? Of course, it is something invented by Ms. Rowling, but it is still discrimination.

Why classify people? This leads to discrimination, which remains a fundamental problem in the world today.

In addition, although Harry is the main character, the role played by some women in the story did not go unnoticed. If you were asked to name characters from Harry Potter, you would probably mention Hermione Granger.

Since she was a little girl, she proved her brainpower. She never hid her love of learning or tried to make herself smaller. Besides being one of Harry’s best friends, he claims that without her, he could not have achieved all that he did. Yes, Harry Potter would have died a handful of times if it wasn’t for Hermione.

Harry Potter means only one thing: success. For this reason, millions of dollars continue to be invested in Harry Potter-related productions to this very day. Besides, who doesn’t like magic? More than one would like to have superpowers.

And if you are a Potterhead, you will be pleased to know about the Witchcraft Academy video slot. Find it at Kassu casino, one of the top NZ online casinos for 2022 recommended by VSO. Don’t worry! You can play at top NZ casino sites from anywhere in the world on any device. Fast and secure withdrawals guaranteed.

Plus, their best online casinos are subject to trusted authorities. Remember: With online casinos, your personal security and that of your funds should be your top priority. Try it out and see what happens when technology meets magic!

Now, going back to the initial question, why is Harry Potter so popular? It is just because of the number of books or movies it has? Well, this also has to do with its success but wait, the story full of adventures written in a style between reality and fiction could be a more adequate answer.

Perhaps marketing also helped: from invisibility cloaks to sorting candles. In the end, many of these things may be the answer. Who knows? And you, what do you think? Why is Harry Potter so popular?

Posted on June 23, 2022June 23, 2022
There are many popular sports to bet on online, including football, basketball, baseball, hockey, and golf.
Read More

Posted on February 19, 2022February 19, 2022
Cleo Rose Elliott was born and raised in the limelight as the only child of the Academy Award-nominated actor Sam Elliott and his actress...
Read More