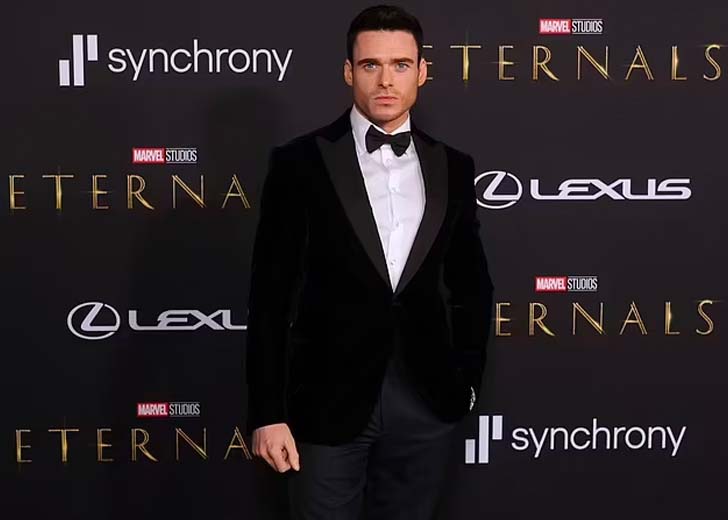 Everything on Richard Madden’s past relationship.

Richard Madden is a Scottish actor best known for his portrayal of Robb Stark in the fantasy drama Game of Thrones and PS David Budd in the series Bodyguard.

For his role in the series Bodyguard, he received seven nominations for different awards, out of which he won three awards: National Television Awards, Golden Globe Awards, and Golden Nymph Awards.

As per Cosmopolitan, Madden had been romantically involved with four beautiful ladies in the past.

Madden and English actress Jenna Coleman were in an off/on relationship for about three years. But the former pair were silent about their relationship.

Madden and Coleman started dating around 2012 and ended their relationship in 2015. The reason behind their breakup is not known.

Coleman is an English actress known for her role as Clara Oswald in the sci-fi series Doctor Who. The actress won TV Times Awards and Glamour Awards for her role in Doctor Who.

Another lucky girl is Laura Whitmore. Madden began dating Whitmore in spring 2016 but separated in August the same year due to busy schedules.

There were rumors that Madden dated Suki Waterhouse, an English model, and actress. The rumors started in December 2016, but it seems like they did not go well, and there is very little evidence of them being in a relationship.

Lastly, the Eternals actor dated Ellie Bamber, an actress who won third prize at the Ian Charleson Awards for her work in The Lady from the Sea.

The ex-couple dated from 2017 to 2019 as Bamber ended things because they were not getting along.

A source told The Sun, “They were arguing almost daily toward the end and, despite considering couples therapy, it became evident there were far too many issues that could not be fixed.”

Madden and actress Gemma Chan made an appearance on the red carpet together for a screening of their movie Eternals in Rome.

Madden said that Ikaris and Sersi have “a deep level of romance,” while Chan described the roles as “immortal soulmates.”

The off-screen relationship between Madden and Chan is phenomenal, and that has made their fans curious if the two of them are dating. But as per Daily Mail Online, the actors have not been romantically linked.

Posted on April 10, 2021April 10, 2021
Caleb Foote is an award-winning actor who has appeared in television series such as  ‘The Kids Are Alright’ and ‘Made For Love.’ Caleb Martin...
Read More