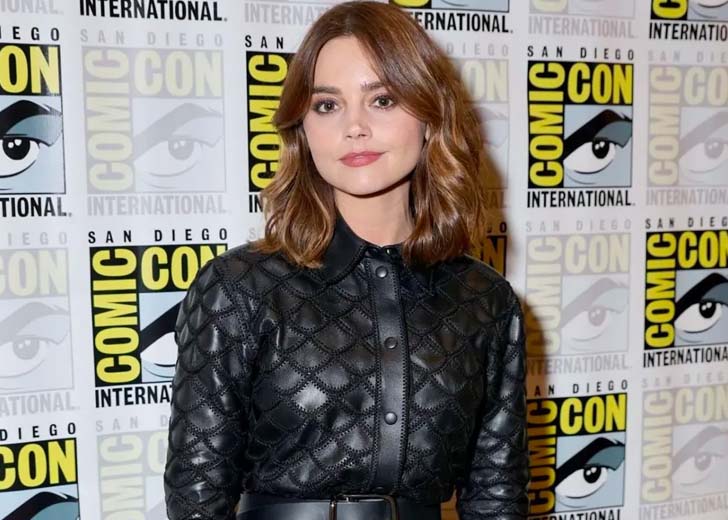 Actress Jenna Coleman is known for her roles as Johanna Constantine in The Sandman, Jasmine Thomas in Emmerdale, Queen Victoria in Victoria, and Clara Oswald in Doctor Who.

She also made her appearance as Joanna Lindsay in the BBC crime miniseries The Cry and Marie-Andree Leclerc in The Serpent.

Apart from her professional life, the actress has worked with One To One Children’s Fund, for which she is an ambassador, to raise HIV awareness in South Africa.

She is also a Place2Be ambassador, a charity that provides emotional and therapeutic services in schools. Moreover, she has consistently supported Comic Relief and Red Nose Day.

The actress is 5 feet 2 inches tall and weighs 50 kg. Similarly, she has brown eyes and brown hair.

Many of her fans admire her beautiful face and body. Similarly, she has an Instagram and a Twitter account where she posts photos of herself dressed in designer clothing and interacts with her fans.

Her Instagram handle is @jenna coleman_, and she has over 1 million followers. Her Twitter handle is @Jenna Coleman_.

Who are Jenna Coleman’s parents and siblings?

Coleman is the daughter of Karen and Keith Coleman. Her father is a joiner and fitter for restaurant and bar interiors. She grew up with her joiner older brother, Ben Coleman.

Her grandma gave her the name Jenna Wade in honor of Jenna Wade from the American television show Dallas.

Likewise, her grandparents are known to have actual Blackpool ancestors. Her ancestors are from the south and north of England, Wales, Ireland, and Wales.

Moreover, she went to Arnold School. The actress was an In Yer Space theatre company member in high school. At the Edinburgh Festival, she appeared in the play Crystal Clear. The play was well received, and she won an award for her performance.

Later, she received an offer to study English at the prestigious University of York to land the role of Jasmine Thomas on the Emmerdale soap opera. Her first television appearance earned her audience recognition.

Jenna Coleman’s net worth: A look at her career

Coleman has an estimated net worth of $5 million. She began acting as a child, starring Jasmine Thomas in the popular television series Emmerdale from 2005 to 2009.

She was nominated for her performance for the 2007 British Soap Awards’ Best Newcomer prize. Additionally, she was a nominee for the 2006 National Television Awards’ Most Popular Newcomer category.

The dark comedy Klokkenluider featured Jenna in February 2021. In the same year, it was revealed that Jenna had been chosen to play Joan Bright, the main character, and would also serve as executive producer of the historical drama The War Rooms.