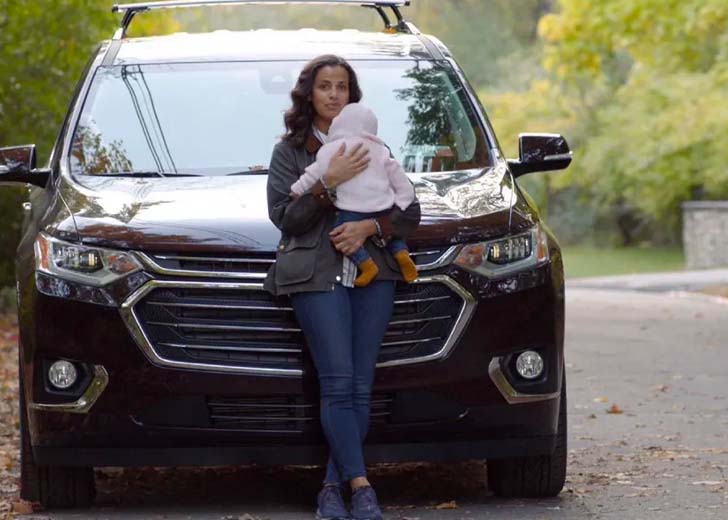 Athena is a great mother on and off the screen.

Karkanis’ portrayal of Grace Stone in Netflix’s Manifest was “remarkable,” according to the viewers. Her outstanding portrayal of a mother on TV has prompted others to question if she possesses the caring quality in real life.

Athena Karkanis uploaded a picture with her kids

It turns out that the reason people call her “the finest fictitious mother” is because she is an excellent mother to her children off of the sets as well. Yes, Karkanis is a mother in real life as well.

Like in the series, Karkanis has two children, an older daughter, and a younger boy.

She does not provide any information regarding her children and keeps them away from the media, one thing which always follows the celebrity and the people around them.

But back in 2021, she uploaded a photo of her two young kids to Instagram, making sure she concealed their faces with smiling faces and hearts first. She understandably excluded their names as well.

However, she did provide the story behind the image. Karkanis took her kids to a ballet performance, which was an emotional moment for her, even if it could have been enjoyable for them.

She took a journey down memory lane, reflecting on her time working in theater. She wrote, “Went to the ballet today with my two favourite people. It was amazing to watch a live performance again with a theatre full of arts lovers.

“As the lights went down and the curtain came up on the beautiful dancers of this incredible company,” she added.

For those who are wondering who the father of her children is, Karkanis has not revealed her spouse’s name either, so it’s not precisely known. However, sources like Nicki Swift report that the actress is married to a Canadian journalist.

Athena Karkanis’ character met a tragic end in the show

Karkanis is incredibly close to her Manifest on-screen spouse, Josh Dallas. Their on-screen chemistry is warmly accepted by the public, and their real-life friendship undoubtedly contributes to it.

The actress gave an excellent performance alongside Josh in the show. But her character, Grace Stone, met a tragic end after being killed in the show.

As a little spoiler, Stone was stabbed — but the tragedy clearly did not stop with Grace being stabbed since she died from her wounds with her onscreen son Cal by her side.

Everything about ‘The Sandman’ Actress Jenna Coleman