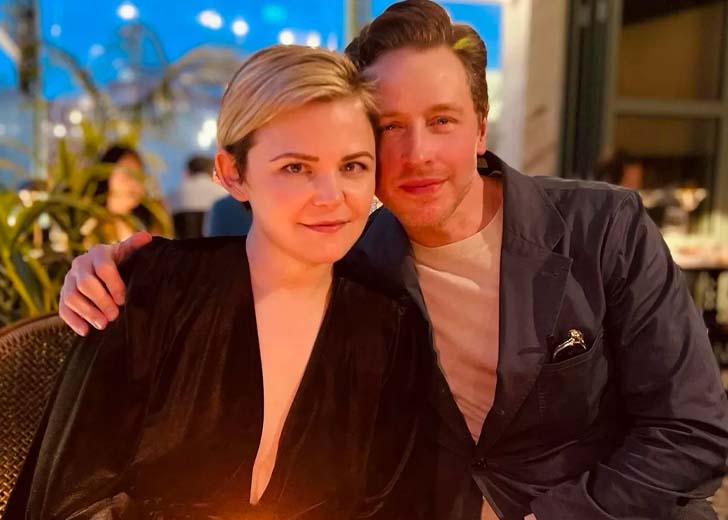 “Working alongside Goodwin on Once Upon a Time helped progress their relationship from co-stars to lovers,” said Dallas.

Josh Dallas and his wife Ginnifer Goodwin exchanged their vows in 2014 after falling in love when they first met on the set of Once Upon a Time. Both Dallas and Goodwin are actors by profession.

Dallas is well known for portraying the role of Prince Charming in ABC’s TV series, Once Upon a Time. He has played in numerous movies and television series including Doctor Who, Money, CSI: Crime Scene Investigation, Zootopia, Red Tails, and Thor.

Currently, he has been working on a supernatural drama series, Manifest, which was released on NBC on September 24, 2018. He plays the main role of Ben Stone, alongside Melissa Roxburgh, Athena Karkanis, Luna Blaise, and many other famous personalities.

Similarly, Goodwin is known for playing the role of Margene Heffman in HBO’s drama series titled Big Love. She can be seen in various movies like A Single Man, Ramona, and Beezus, Take Me Home Tonight, Zootopia and many other films.

Her latest work was a comedy series, Pivoting where he starred as the main role, Jodie.

Josh Dallas and Ginnifer Goodwin had a real-life fairy tale

Dallas and Goodwin’s love story is straight out of a fairy tale book. The pair first met in 2011 on the set of Once Upon a Time, where they both played the main role of Prince Charming and Snow White.

The co-stars eventually fell in love with each other — not long after meeting on the set of the ABC show. Dallas explained to Us Weekly how working alongside Goodwin on the set helped their relationship to progress from coworkers to lovers.

“I think falling in love is always a surprise right? It hit me like a blinding light. I thought I am in trouble now,” Dallas further told People back in 2012. Even though the onscreen romance ended in 2018, the offscreen love continued to flourish.

In October 2013, the pair got engaged and after a gap of six months, they tied the knot on April 12, 2014, in California. Together, they have two beautiful sons: Oliver, eldest, and Hugo, youngest.

When the actors’ first son was welcomed to the world, Dallas described the feeling saying, “Every day is a milestone. Sleep is elusive, a slippery devil. I can’t seem to ever catch it,” in an interview with Us Weekly in 2015.

Ginnifer Goodwin had no problem offering her husband’s sperm

Goodwin had no problem donating her husband Dallas’ sperm to her best friend who wanted to become a single parent.

During an interview with SiriusXM’s Pop Culture Spotlight, she disclosed the information saying, “By the way, I offered his sperm to one of my best friends who was gonna be a single mom.”

Goodwin explained, “And my husband and the best friend were the ones who were like, ‘This could lead to complications.’ And I was like, ‘I just feel like you need to procreate.”

She continued, “At a point, I was like, No, but seriously, we could arrange this. And then there would be more little Josh’s in the world.”

Dallas’ and her best friend’s reactions were, “Wow, that’s really sweet Ginny. Like what happens?” and explained all the logistics to Goodwin but she was like, “Look, there are turkey basters.’ It’s not like you’re not gonna be in the kid’s life. Like you’re in my best friend’s life.”