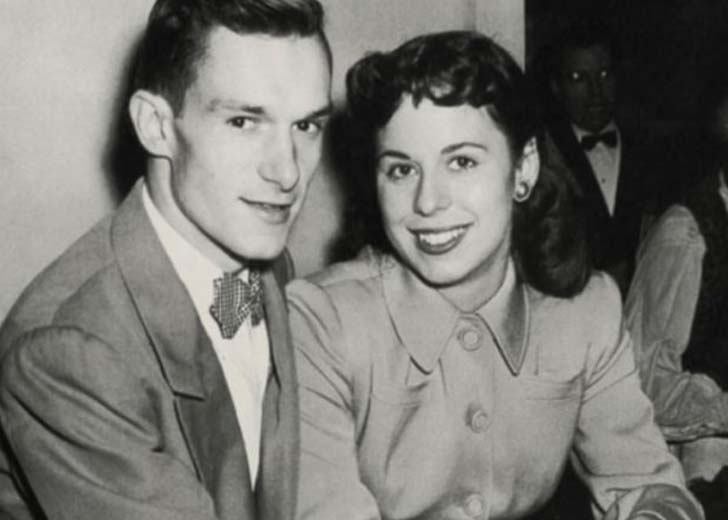 “I literally saved myself for my wife,” Hugh Hefner explained.

Hugh Marston Hefner was an American magazine publisher. He was the creator and editor-in-chief of Playboy magazine, a journal that included obscene images and writing.

What went wrong between them? Learn more!

Williams was born in Chicago, Illinois, the USA, on March 10, 1926. She attended Northwestern University, where Hefner also attended, for a semester before dropping out.

While Hefner was reserved and quiet, Williams was far more outspoken.

The two met immediately, dated for a while, and married in 1949. Williams waited for Hefner as he left to serve in the American army.

Hefner and Williams had two children, including his well-known daughter Christie Hefner and a son named David Hefner. But they divorced 10 years later.

Williams had a fresh start with their two children as Hefner went on to launch Playboy magazine and become a man about town. While Hefner sought celebrity and media attention, Williams sought to live a tranquil life.

Later, Williams got remarried, and Edwin Gunn was her second husband. Edwin Gunn adopted the couple’s two children, but after Williams and Gunn divorced, the children changed their names back to Hefner.

Williams was one of his lesser-known high-profile women among a parade of women throughout the years. Still, as the mother of his two children, she has become an indelible part of his legacy because of how she changed his ideas on human sexuality.

Hugh Hefner says his playboy lifestyle was because of his first wife, Millie Williams

Hefner’s playboy lifestyle was inspired by his first wife’s “devastating” infidelity, who revealed an affair days before their wedding – even though he had “waited TWO YEARS” to lose his virginity to her.

He was crushed to find she had slept with someone else after “two years of foreplay.”

“I literally saved myself for my wife,” he explained, “but after we had sex, she told me she’d had an affair.”

“That was the most traumatic experience of my life. My wife had more sexual experience than I. After that, I had the impression that the other person was also in bed with us.”

The ongoing troubles in their marriage would permanently change his views on the institution and sexuality.

Despite the discovery, the couple married in 1949. But the betrayal tainted the marriage, and Williams, overcome with remorse, allowed her husband permission to sleep with other women throughout their marriage.

Hugh Hefner dated a lot of his Playboy models

Playboy models Marilyn Cole, Donna Michelle, Lillian Müller, Shannon Tweed, Barbi Benton, Karen Christy, and Sondra Theodore were his lovers then. He has also claimed to have slept with “maybe eleven out of twelve months’ worth of Playmates” during his single years.

He purchased Chicago’s first Playboy Mansion, rebuilt himself as a man about town, and surrounded himself with young, gorgeous models.

Hefner paid a considerable amount for his second Playboy mansion, a 22-room Gothic-style monstrosity in Los Angeles, in 1971, and his parties remained renowned throughout the 1970s.

Sometimes his love life returned to haunt him, like when Carrie Leigh, his six-year partner, brought a $35 million palimony claim against him in 1988.

Hefner admitted to experimenting with bisexuality in 1971. He got married to Kimberley Conrad. They divorced in 2010. He went on to have two more children, both with Conrad.

He began a romance with Crystal Harris in January 2009, after his former “number one girlfriend,” Holly Madison, broke their seven-year relationship.

He proposed to Harris on December 24, 2010, but she called off their engagement five days before their wedding on June 14, 2011. On December 31, 2012, Hefner and Harris reunited and married.

Hefner died on September 27, 2017, at 91, at the Playboy Mansion. Sepsis caused by an E. coli infection was the reason.