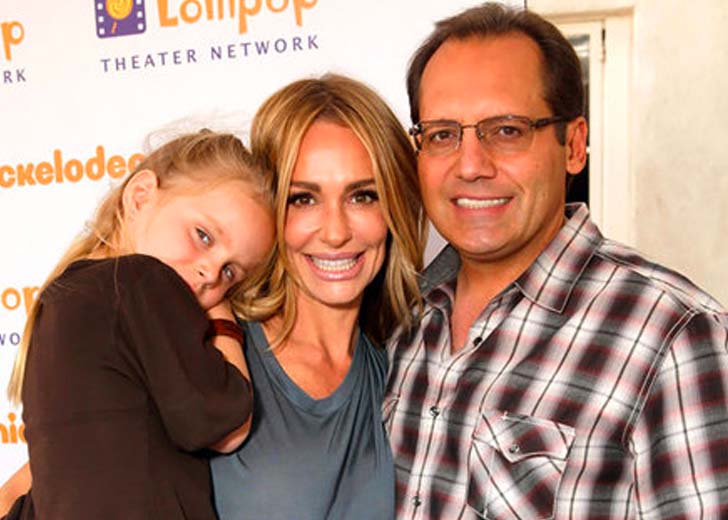 Taylor Armstrong’s life with first husband was full of physical and mental abuse.

Taylor Armstrong co-starred in the Real Housewives of Beverly Hills (RHOBH) as a founding cast member alongside people like Kyle Richards and Lisa Vanderpump. There, she explored her marriage with her first husband and her family.

Taylor was married to Russell Armstrong when the long-running Bravo series debuted in 2010. But everything was not rainbows and butterflies for Taylor.

Her co-stars and the audience found out that Russell abusively treated the reality TV star in private. This was showcased on RHOBH, which focused on the aftermath of their tragic marriage.

Soon, Taylor filed for divorce from her first husband in 2011. To make matters worse, a month later, Russell committed suicide by hanging.

In 2005, Taylor worked as a waiter at a restaurant in Beverly Hills when she met Russell. Less than a year after their engagement, they were married, and in 2006, Taylor gave birth to their daughter Kennedy.

When RHOBH debuted in 2010, fans witnessed Taylor and Russell’s disagreement develop right away. However, she always stood brave and kept the truth hidden from the cameras.

Similarly, there were many rumors that the Armstrongs had financial problems. But Taylor didn’t confirm the claims that they were having money problems.

In season 2 of RHOBH, everything was revealed. Camille Grammer said that Russell was assaulting Taylor.

The physical abuse was severe to such an extent that the reality TV star had to undergo reconstructive surgery for an orbital fracture after Russell hit her. During the season, Taylor had a breakdown, and after the second season’s filming was over, she filed for divorce.

She did so in July 2011, accusing Russell of abusing her verbally and physically. Exactly a month later, on August 15, 2011, Russell was found dead hanging at home he rented on Mulholland Drive.

According to HollywoodLife.com, he was pronounced dead at 8:16 pm and left no suicide note.

Taylor was blamed for his suicide by Russell’s first wife, Barbara Armstrong. She told Radar Online, “I don’t care for her at all. I think she’s the reason for this.”

Barbara went on to say that she warned Russell about Taylor, but it was all in vain. She added, “I think she Taylor drove him into financial stress, and it just ruined him.”

After the tragic death of her first husband, Taylor was devastated. Her attorney, Robert Throne, told TMZ, “Taylor Armstrong is devastated by the tragic events that have unfolded. She requests privacy at this time so that she may comfort her young daughter.”

At the time of Russell’s death, Kennedy was five years old.

Taylor opened up about her first husband’s death on the March 18, 2019, episode of the Divorce Sucks with Laura Wasser podcast. There, she revealed how her daughter knew about Russell’s abuse.

She shared one instance when the mother-daughter duo talked about him after he passed away. Taylor wanted Kennedy to remember her father regardless of what had happened to her or his suicide.

She had always protected her daughter and shielded her away from the abuse she faced. But what she did not know was that Kennedy was aware of everything.

The mother-daughter duo was driving to school one day when Taylor asked if Kennedy missed her father. Kennedy said she did not, to which Taylor replied, “’I miss him sometimes. Do you remember when we went to Hawaii?”

Kennedy then replied, “Mommy, why would you miss a boy that screamed at you all the time?”

The RHOBH alum was taken aback by her daughter’s response at the time and cried in the car. Now that Kennedy is a teenager, Taylor wants to ensure that she grows up to have a healthy relationship.

Regardless of what happened with her first husband, Taylor hopes Kennedy will learn something from her mom’s second husband, John Buhler.