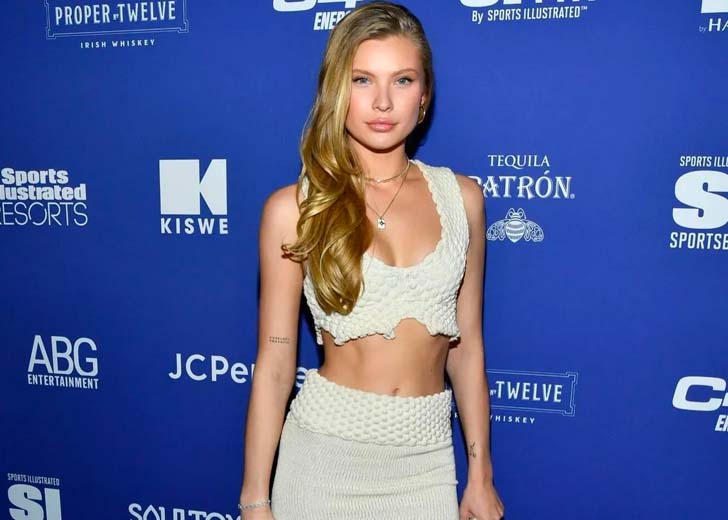 Josie Canseco is a model and social media personality and the daughter of the former MLB player Jose Canseco and his wife, model Jessica Canseco.

As a child of the renowned former MLB player, she was no stranger to the entertainment business. Her modeling career began after photos with her friend Charlotte D’Alessio went viral at the 2015 Coachella.

Josie has modeled for popular brands, including Teen Vogue, Aeropostale, Hollister, and Urban Outfitters. She even signed with NEXT Model Management and was announced as the Playboy Playmate of the month in 2016.

Is Josie Canseco dating a boyfriend?

Josie is not dating anyone at the moment. According to HollywoodMask, she is happily single at present.

It seems like she is busy with her modeling career, and there are not any signs or pictures on her Instagram that indicates that she might be dating someone.

However, it has not been confirmed by her — she might even be keeping her relationship secret if she is in one to avoid all the spotlight and drama.

But in the past, the model was involved in several public relationships with renowned personalities.

Josie has been in three relationships so far, and her past boyfriend includes famous YouTuber Logan Paul, ex-musician Mike Stud, and reality star Brody Jenner.

In early 2020, she was spotted holding hands with Logan. Then in May 2020, the YouTuber confirmed their relationship and how they were serious about each other. He did not give any specific information about who Josie was, but he shared they met one night in Los Angeles.

But soon, in November, the YouTuber and model called it quits officially due to various reasons which are yet to be revealed.

Then for a few months in 2019, she dated Brody Jenner, son of the famous diva Caitlyn Jenner. She wanted a serious relationship with him, but Jenner was not ready for a commitment and separated in October 2019.

Who is Josie Canseco?

As mentioned, Josie is a top model who is well known as the daughter of ex-MLB player Jose Canseco. During the 2015 Coachella Music Festival, photographer Bryant Enslava took pictures of Canseco and her friend. The picture soon got viral after he posted it on Instagram.

That is how she got into the modeling career, modeling for famous brands like Kohl’s and Teen Vogue. She got her biggest break when she first debuted at Victoria’s Secret Fashion Show.

Since then, she has been part of a famous fashion designer and has worked for Sherri Hill, and was also the cover of ELLE Serbia for the April 2019 issue. Besides modeling, she also has some experience in acting.

She has starred in the music video for the song ‘Here For You’ by Kygo and appeared in Summer Break 2, a YouTube series.